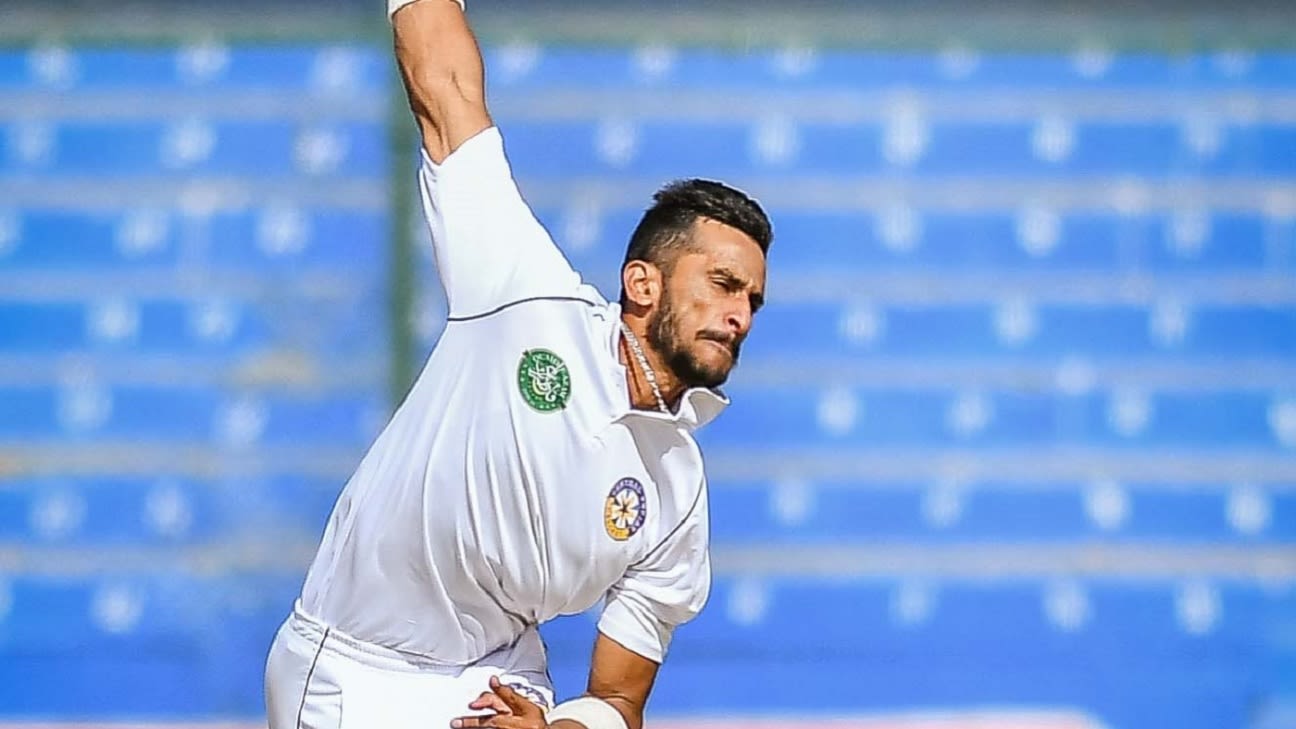 Half-centuries from Israrullah, Kamran Ghulam, and Adil Amin helped Khyber Pakhtunkhwa sail through the early exchanges on the opening day against defending champions Central Punjab in the Quaid-e-Azam Trophy final at the National Stadium. However, late strikes meant KP were kept to 285 for 7, with Sajid Khan falling to Hasan Ali off what turned out to be the last ball of the day.

After opting to bat, KP got off to a shaky start with Israrullah edging left-arm seamer Waqas Maqsood, but Qasim Akram dropped the catch at third slip. Israrullah was on zero at that point; he went onto make a brisk 61 off 69 balls, including 10 fours. His opening partner Fakhar Zaman, who had been ruled out of the New Zealand tour after developing Covid-19 symptoms, though managed only 17 off 35 balls before Maqood had him caught behind by wicketkeeper Ali Shan. Then, in his next over, Maqsood got Rehan Afridi as well, but despite the loss of two early wickets KP continued to score at a brisk clip. They moved to 166 for 3 by the time lunch was taken.

The run-rate, however, slowed down after the interval and in the last ten overs KP managed only 27 runs while losing three wickets, including one off the last ball.

No.4 Ghulam was the top-scorer for KP, extending his impressive form with 76 off 129 balls, including 15 fours. Ghulam is the only batsman to top 1000 runs this season, but he couldn’t convert his fifty into a fifth century, edging left-arm spinner Ahmed Safi Abdullah behind. He had added 132 for the fourth wicket with Adil Amin, who made 75 off 202 balls.

It was Ali, the CP captain, who bowled Amin in the 82nd over to trigger a late wobble. Ali ended the day with 2 for 57, pushing his wickets tally this season to 40 to make his case for a national recall. No seamer has taken more wickets than Ali this season and those have come at an excellent average of 19.77.

Rain in the air, again, as India look to square series against dynamic New Zealand
At home, and yet not quite – Cameron Green at the centre of unfamiliar homecoming
‘It is not true’ – Langer adamant no cricket rift exists
“There’s Never A Need To Talk To Him”: Shubman Gill On India Star After 2nd ODI
WBBL’s ‘bold and ambitious’ plans: ‘Bigger games in bigger stadiums’