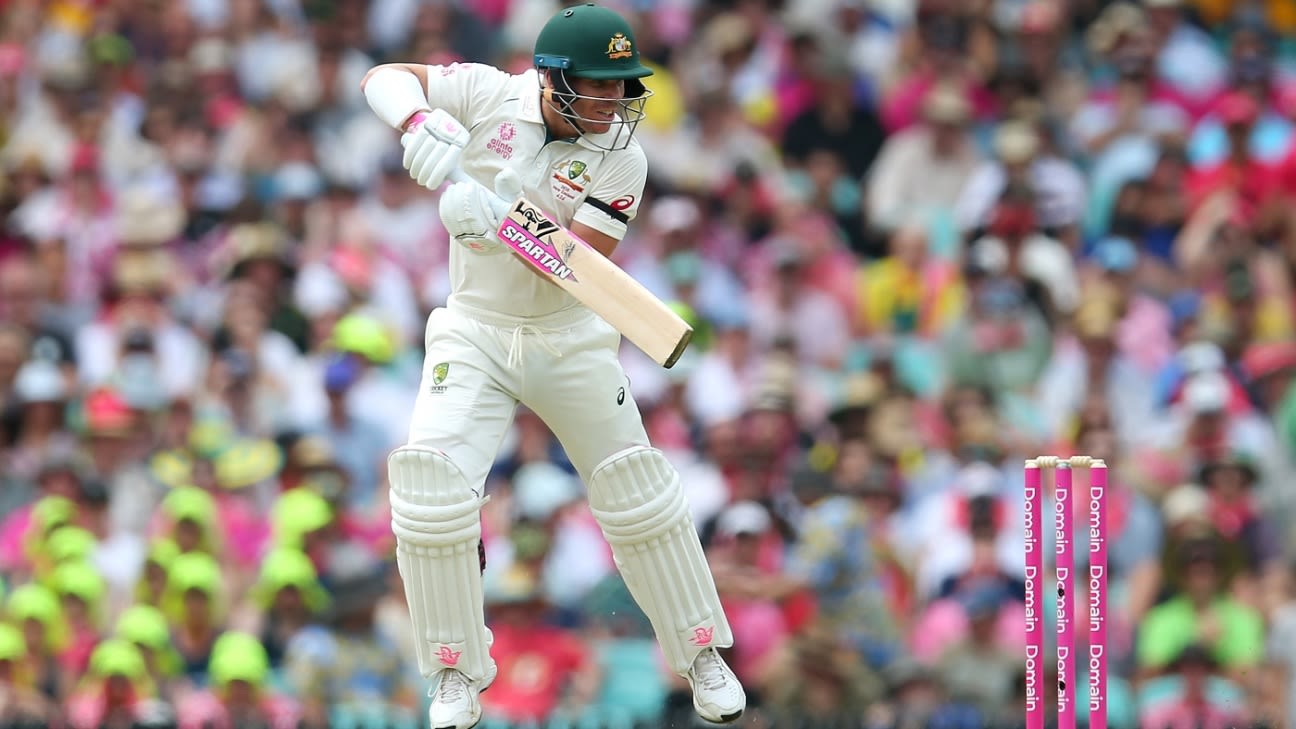 David Warner could play the third Test against India even if he’s not back to full fitness while trust will be put in Will Pucovski to determine whether he is ready for a debut in Sydney.

The pair were added to Australia’s squad on Wednesday, with Joe Burns dropped after his extended run of poor form, but they still have some hurdles to cross before one or both are included in the XI.

Warner is recovering from the groin strain he sustained in the second ODI against India at the end of November while Pucovski has been sidelined since suffering his latest concussion when playing against the Indians in a warm-up match in early December.

With Burns omitted there will have to be at least one change at the top of the order and there could yet be two with Matthew Wade returning to his middle-order role which could leave Travis Head under pressure for his spot.

Head coach Justin Langer flagged during the second Test that while Warner was batting without problems there were still some issues around his overall mobility, but such is the dynamic he brings to the top of the order and the need for Australia to impose themselves on the India attack that every effort will be made to include him.

“That’s a real clear option that he may not be 100 percent fit,” assistant coach Andrew McDonald said. “Who is coming off an injury? You never know until you get out there. If he’s 90, 95% fit, and that conversation is that he’s fit enough to be able to perform his duties for the team then I’m sure that will be conversation the coach has with the player. Most times Justin’s pretty open with the players, giving them accountability around that.

“He’s very optimistic he should be ready to go which is great news. We’re really excited to have him back. There’s nothing worse than being injured when you’re at the top of your game as David has been for a period of time.”

Australia have been held to a scoring rate of 2.52 – their slowest in a home series since 1986-87 – in a contest that has so far been dominated by the bowlers, but McDonald does not believe the return of Warner would suddenly mean the scoreboard rattling along.

“He’s a world-class player and his strike rate is probably higher than most players around the world and he can put pressure on opposition bowling attacks,” McDonald said. “But I don’t think we should be narrowing it into that the batting unit hasn’t had the intent. The bowling has been dominant in this series. If you look at both teams, both teams have really struggling to get this scoreboard rattling along. So for me that’s good planning, good bowling execution, but also the surfaces have lent themselves to slower play.

“There hasn’t been what we normally you know assume to be flat, Australian conditions in the first two Test matches and I hope to be fair, the surface in Sydney lends itself to having the ball at certain stages being able to dominate the bat. I think that makes for intriguing Test match cricket.”

If Warner is available he walks back into the Australian side, but the identity of his opening partner may still be up for some debate. Pucovski was firming for a debut before he was felled by a bouncer at Drummoyne Oval and while he is ticking all the boxes in various concussion protocols to return to play there will be other factors to consider.

“Think there will be a bit of trust put into the player around whether he’s mentally ready and clearly it will be up to the coach once he lays eyes on him to see where he’s at in terms of being skill ready,” McDonald said. “That’s the other thing, too, there’s always a question around whether you are mentally ready or physically meet the protocols, but is he actually ready, skill ready on the back of short preparation.

“It will be the first time, if he was selected, that he would be going from first-class into the Test arena which is always a difficult leap for players to make. There’s a few ways there for the selection panel to consider but history would suggest that he says he’s right to perform he’s done it a few times and had a good return, so suggest they’ll be trust put into the player if he was considered.”

Although not part of the selection panel, McDonald did not believe Pucovski would be considered for any position other than opening the innings.

“There was a lot of talk around him potentially opening in the first Test so it’s good to have a little bit of depth there,” he said. “He’s done it for Victoria and with Joe Burns going out and Will being added back I’d suggest it would be the opening position that will be discussed.”