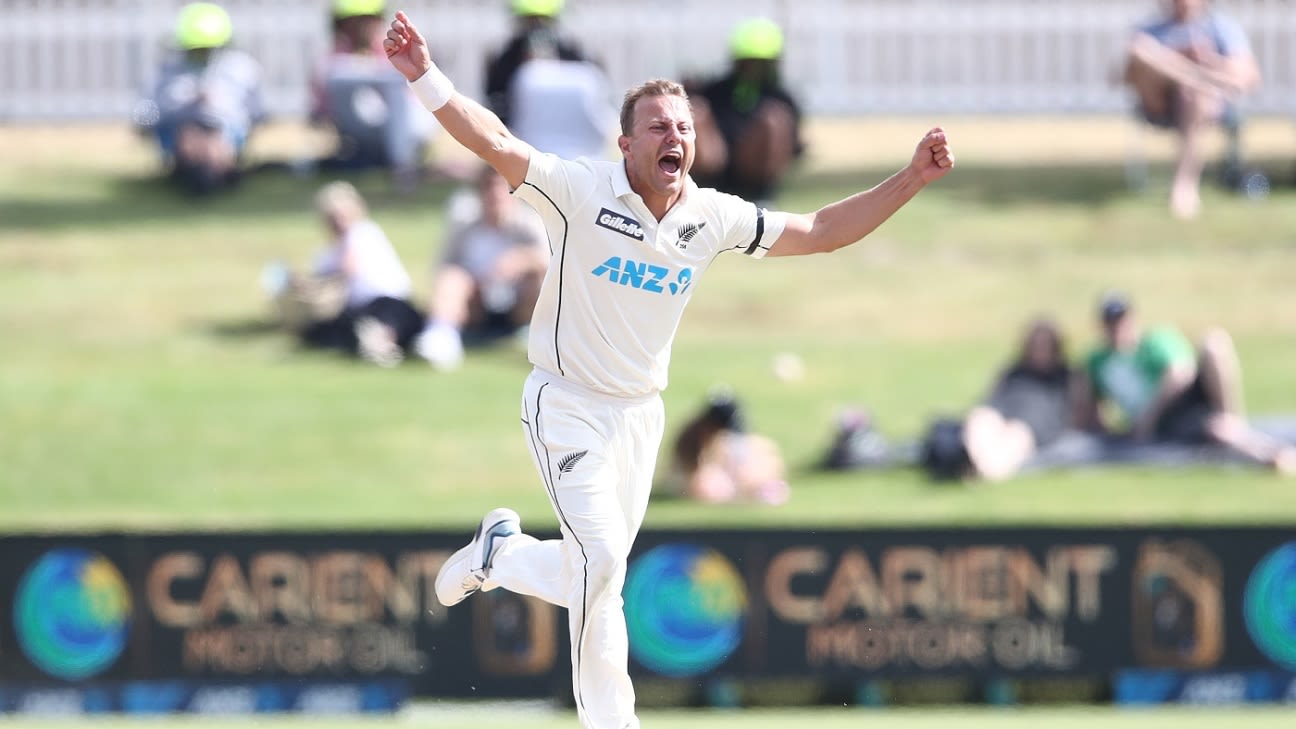 Neil Wagner has been ruled out of the second Test in Christchurch against Pakistan and would need “probably five to six weeks of healing”, New Zealand head coach Gary Stead said. The fast bowler played through the pain of two fractured toes, bowling 49 overs across two innings in New Zealand’s win in the first Test against Pakistan, getting injections in the middle to numb the pain.

Wagner bowled lengthy spells throughout the Test, finishing with match figures of 4 for 105. He made a crucial breakthrough on the last day when he had centurion Fawad Alam gloving a catch behind off an attempted pull when on 102.

“Neil Wagner was outstanding,” Stead said. “I’m not sure there are too many individuals that could do what he did in that Test match. He was getting injections to try to numb the pain he was going through. He isn’t traveling for this Test match, we made that call. The injections he was getting were wearing off each time and we can’t have him going through that again for this Test match. Hopefully by tomorrow we’ll be naming the replacement.

“It was amazing what he did. I got to witness what was happening, four-five-six injections going in at a time to work things out. It went from one to two fractures when they looked at his foot again in the X-rays that came through. Everyone knows Neil plays with his heart on his sleeve. He just showed how tough he really is and how valuable he’s been to New Zealand. He was prepared to put his body on the line, he probably needs five to six weeks of healing now to be right for end of season.”

Stead said that they would be looking for a like-for-like replacement, hinting Matt Henry could fill Wagner’s spot. Henry, who returned to action from injury earlier this month, took a match haul of seven wickets against the Pakistan Shaheens two weeks ago in Whangarei. He has also played for Canterbury side in the domestic Ford Trophy and Super Smash.

“I think it’s likely to be like-for-like replacement, so you imagine it’s going to be a pace bowler. Matt’s fully fit and he’s playing again and he’s one of the options we’ll be looking at.”