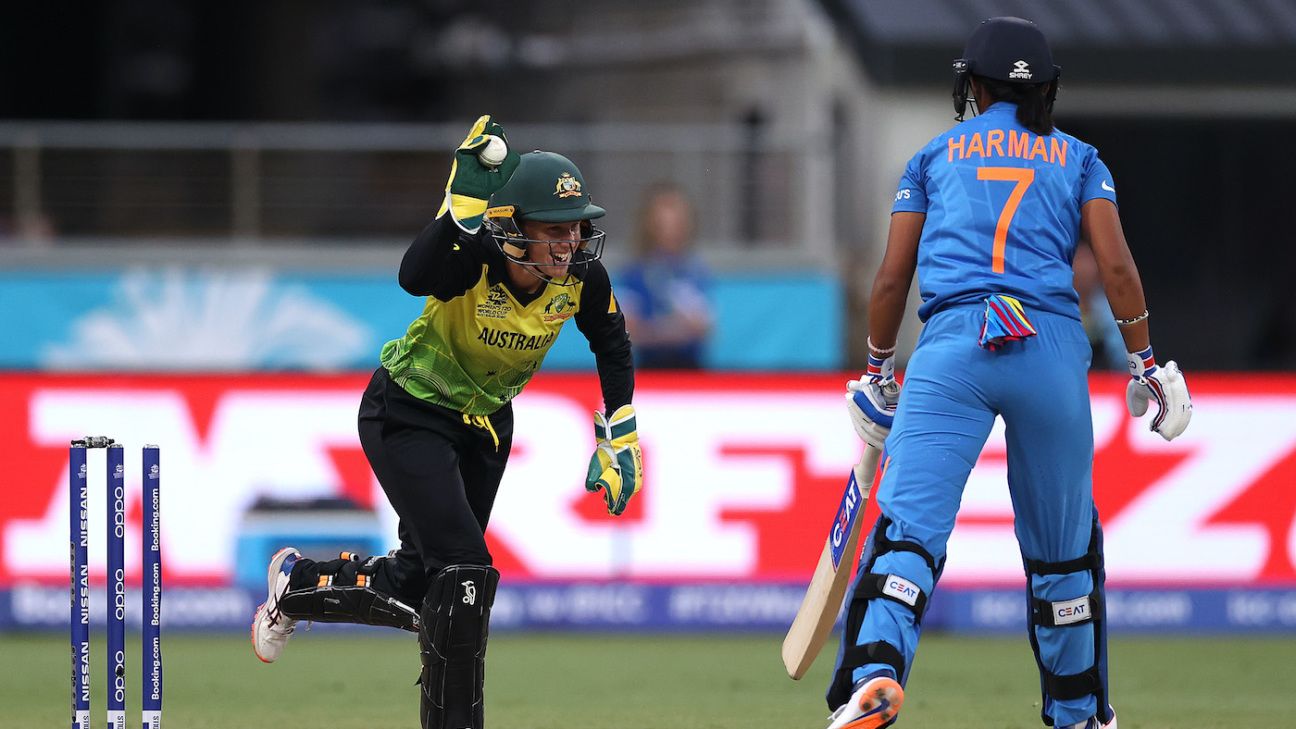 With next month’s series postponed, India women continue to be without cricket since March

Cricket Australia has said that the three-match ODI series between Australia women and India women has been postponed to “next season”, dates pending. The series was scheduled for late January.

The announcement follows ESPNcricinfo’s report that the BCCI wasn’t keen on going through with the series, which was originally scheduled to be part of the lead-up to the 2021 World Cup in February. The World Cup’s postponement to 2022 is understood to be a factor in this decision, which effectively means that India women will continue to be without cricket since the T20 World Cup final on March 8 this year.

Cricket Australia interim CEO Nick Hockley hoped the postponed series might be a longer one, with three T20Is added to it.

“We are very hopeful of delivering an expanded schedule between the Australian and Indian women’s teams for next season, which would be an outstanding result for fans in both countries,” Hockley said. “We had initially hoped to play India this summer, however the impact of the global pandemic made it necessary to postpone until next season.

“It will be wonderful to once again host the Indian women’s team, who were centre stage for that unforgettable ICC T20 World Cup final at the MCG in March, and to do so with an expanded schedule from what was originally planned.”

As things stand, India will at best take the field next in February, if a limited-overs assignment against Sri Lanka, presently being discussed between the two boards, does take place – either at home or away.

New Zealand pick Bracewell and bowl; India bring in Hooda for Samson
Hurraira 221, centuries from Amin and Waheed give Northern total control
Williamson: Guptill will be missed but he has not retired
“There’s Never A Need To Talk To Him”: Shubman Gill On India Star After 2nd ODI
Tagenarine Chanderpaul boosts Test hopes with Canberra century