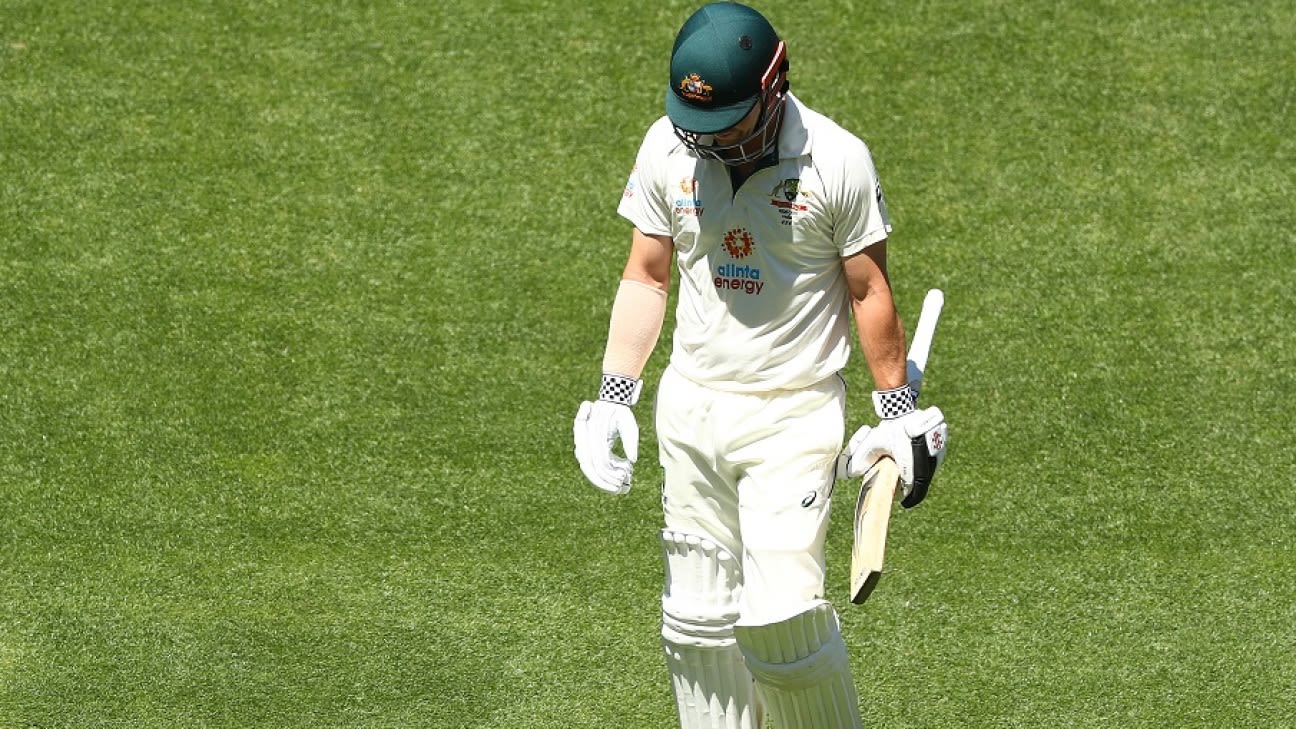 The selectors have made one call already, but there are a number of ways they could go for the next Test

Australia will enter 2021 with plenty of questions over their batting line-up after making totals of 191, 195 and 200 in their completed innings in the first two Tests against India. There will be at least one change to the opening combination after Joe Burns was dropped, and potentially two. Here’s a look at the options on the table.

Warner to the rescue

This is priority No. 1 for Australia: get David Warner fit for the third Test. His net sessions at the MCG gained almost as much attention as the action the middle. His absence from the top of the order has certainly changed the dynamic of the line-up. That’s not to say he will definitely score runs against this fine India attack, but if he bats two hours the total will have moved quicker than has been the case so far. While Warner’s absence is not the only factor, it’s worth noting that Australia’s run rate in their last six Tests against India – all of which Warner has missed – is 2.61. It will not be an easy task for him to come straight in with no long-form cricket in a year (the Test against New Zealand at the SCG) and Justin Langer flagged some doubts over whether he would be ready, but it might be that even at less than 100% it is a gamble they take.

Tim Paine said that Will Pucovski was “not far away” to recovery from the concussion he suffered in the first warm-up match against India earlier in December, when he was felled by a Kartik Tyagi bouncer at Drummoyne Oval. National selector Trevor Hohns has further indicated that he was on track. He was on the cusp of a debut at the time, having made back-to-back double hundreds in the Sheffield Shield. However, given Pucovski’s history with concussion, there is likely to be an extra-cautious approach taken with him.

Double change at the top

Using Matthew Wade at the top has been a stop-gap solution although he has adapted well to the new challenge, facing 137 balls for his 40 in the second innings at the MCG. However, given he is a natural middle-order batsman it is quite possible that a twin change is made if Warner and Pucovski tick all the boxes to be able to return. This would bring the spotlight on Travis Head in the middle order. Wade would not deserve to lose his spot, and Cameron Green’s second-innings knock at the MCG has probably secured his berth, so Head would have to be the one to make way. Although he scored 38 in the first innings in Melbourne, he twice fell to poor shots, playing away from his body to be caught in the slips.

If Warner and Pucovski continued to be unavailable – although that appears unlikely – Australia do have another opener in the squad, having drafted in Marcus Harris before the first Test. Like Pucovski, the left-hander was in impressive Shield form during the Adelaide hub earlier in the season scoring 239 in the record-breaking stand of 486 with Pucovski. He made scores of 35, 25*, 26 and 5 in the two warm-up matches against the Indians in Sydney. Harris made his Test debut during the 2018-19 series and the 79 he hit at the SCG remains the highest score by an Australia batsman in the last six Tests between the two teams.