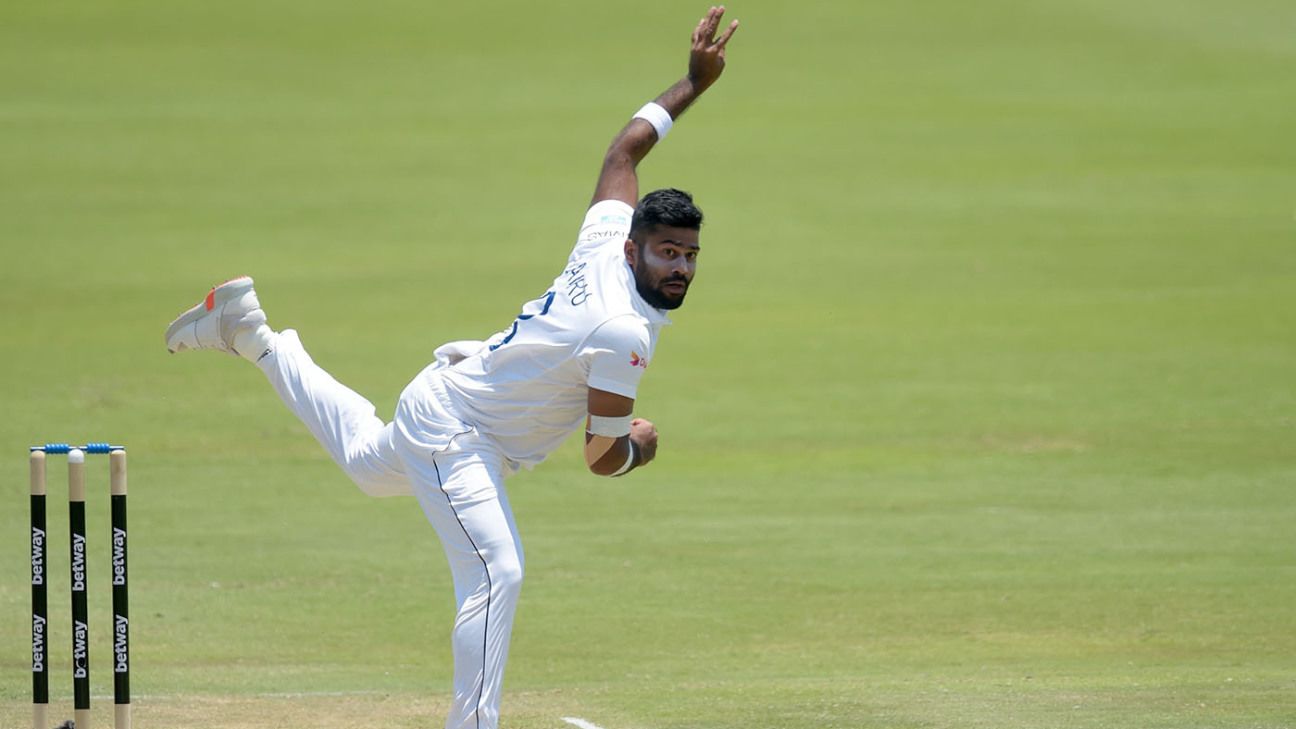 Sri Lanka’s coach, Mickey Arthur, is set to raise the issue of injury substitutions with the ICC after seeing two more of his players go down on day three of the first Test against South Africa in Centurion.

Sri Lanka had already lost the services of Dhananjaya de Silva and Kasun Rajitha, and were left further depleted when Lahiru Kumara and Wanindu Hasaranga were forced off the field during the afternoon session. Arthur could be seen with furrowed brow on the Sri Lanka balcony, and he confirmed to ESPNcricinfo that he would be bringing up the topic of replacements for discussion by the ICC’s cricket committee, of which he is a member.

The double blow, which for a period left Sri Lanka with just two fit bowlers from their initial six-man attack, took place after lunch. Kumara walked off the field a ball into his 22nd over with a hand on his groin, although he took relatively easy strides to the dressing-room staircase. Sri Lanka’s captain, Dimuth Karunaratne, finished his over.

Six overs later, Hasaranga, who had just taken his second wicket of the match, slid to field on the cover boundary and appeared to land on the ball. He got up and attempted to walk off the pain but found could not stand for too long and soon sat down for relief. He was helped into the emergency buggy and driven out of the ground. Kusal Mendis had to take over bowling from Hasaranga’s end.

That left Sri Lanka with only Vishwa Fernando and Dasun Shanaka, who has only taken up as much bowling as he has in this match because of the absence of Rajitha and de Silva, and part-timers to bowl at South Africa. Rajitha bowled 13 deliveries with the new ball on day two before leaving the field with a groin injury and is not expected to take any further part in the match; neither is de Silva, who has been ruled out of the series entirely with a quadricep tear sustained on the first day while batting.

There was some respite for Sri Lanka as Hasaranga was deemed fit enough to return and bowled a couple of overs before tea, by which point South Africa’s lead was above the 150-mark.

Things could have got even worse when, in between the two latest injuries, Niroshan Dickwella required treatment onfield for what appeared to be a bee sting. Dickwella touched the back of his neck in discomfort, was attended to by the team physiotherapist and was able to resume wicketkeeping duties.

Meanwhile, as Sri Lanka dealt with an expanding injury list, South Africa announced the return of Kagiso Rabada to their squad for the second Test, and had him at the ground running laps at lunch. Rabada has recovered from a groin injury sustained during last month’s T20s against England.

Mushfiqur returns for Bangladesh as early start prompts Zimbabwe to bowl
Ireland bowl; Miller returns for South Africa
Zimbabwe riding high after T20 triumph but reinforced Bangladesh a fresh challenge
SA cruise to 10-wicket win after SL shot out for 46
Mooney: ‘The belief in the Australia dressing room is at an unprecedented level’