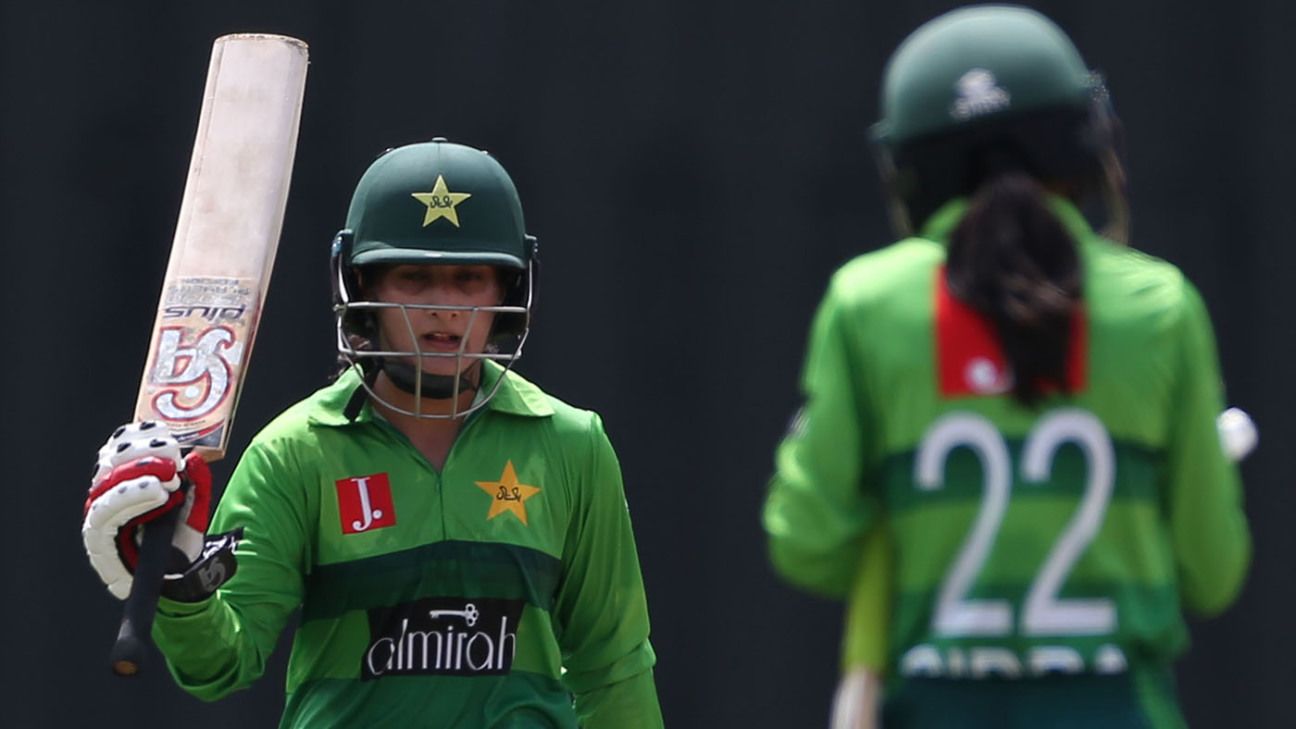 Pakistan Women captain Bismah Maroof has withdrawn from next month’s tour of South Africa due to family reasons. Maroof was part of the training camp that started on December 20 in Karachi before she returned to Lahore to join her family on Wednesday.

“Bismah approached us with a request to be exempted from next month’s tour to South Africa for family reasons, which we have accepted,” Urooj Mumtaz, head of the women’s wing and the chief selector, said in a PCB release. “She was obviously disappointed to miss the series, but family always has to come first.

“When we’ll announce the 17-player squad on Thursday, we’ll name the stand-in captain as well for the South Africa tour, which comprises three ODIs and three T20Is.”

Maroof, 29, is Pakistan’s second most-capped women’s player in ODIs and most capped among the current players. She has played 108 matches, with Sana Mir leading the list with 120. In the ODI run-scoring charts too, Maroof is second with her tally of 2602 runs, after Javeria Khan’s 2693.

The squad picked on Thursday will depart for Durban on January 11, and they can start training and play intra-squad matches from January 13. The tour will begin on January 20 with the first two ODIs in Durban, before moving to Pietermaritzburg for the third ODI and the first two T20Is and then returning to Durban again for the third T20I on February 3. The first ODI and the last T20I will be day-night games. The ODIs will be broadcast live by SuperSport in South Africa and the T20Is will be live-streamed.

Twenty-seven players had started training for the tour in a biosecure environment in Karachi as Pakistan also prepare to participate in the Women’s World Cup Qualifier in July 2021 to try and make it to the main event in early 2022 in New Zealand. The players at the camp have been undergoing routine testing in line with the PCB Covid-19 protocols.

The tour will also be the first official assignment of head coach David Hemp and bowling coach Arshad Khan.

‘I respect what he has been through’ – Elgar backs under-fire Bavuma to bounce back
Taskin Ahmed out of Bangladesh’s first ODI against India; Tamim Iqbal in doubt
Gambhir picks Hardik, Shaw as India’s future captaincy candidates
De Kock named Durban Super Giants’ captain for SA20
IPL 2023 Auction: 991 Players, Including 714 Indians, Sign Up For Event