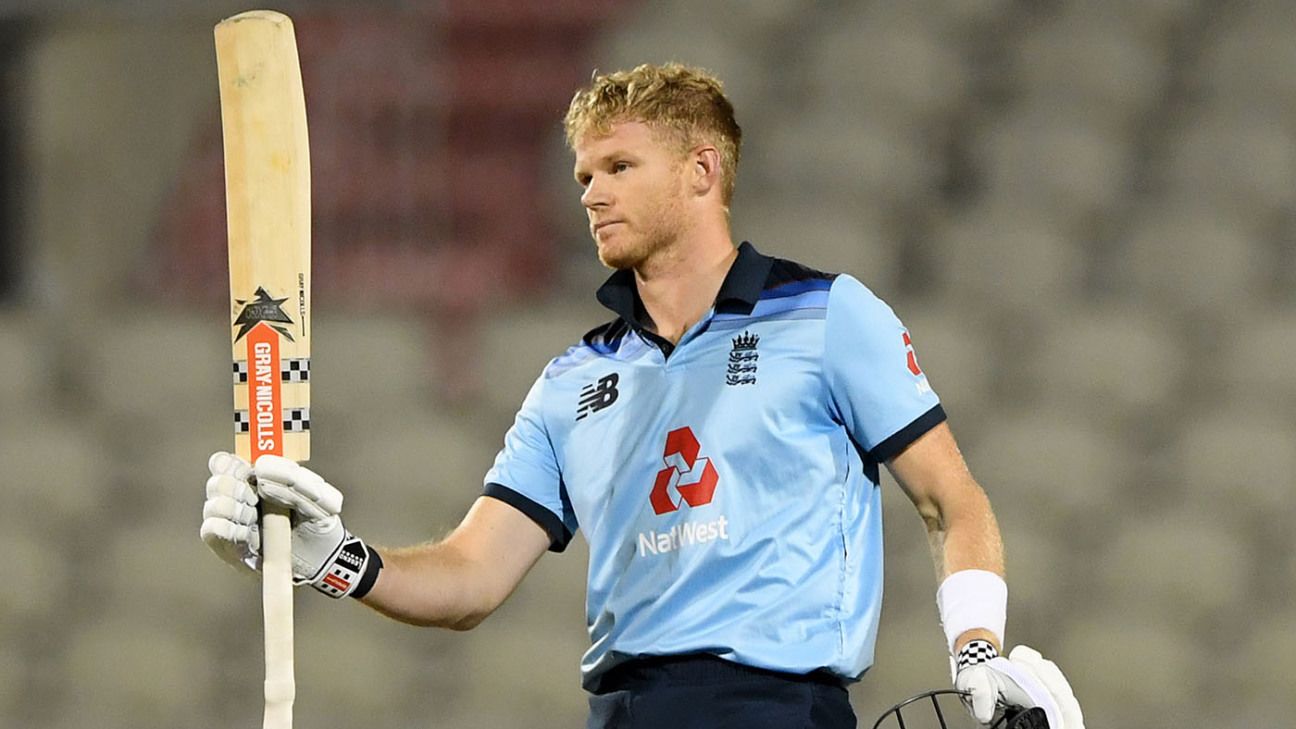 You’re not going to lose it in three weeks. That is the attitude Sam Billings is carrying into his first BBL match for the Sydney Thunder after 14 days quarantine in an Australian hotel room.

Billings could be forgiven for showing some frustration at the Covid cricket world where isolation and bio-secure bubbles are the new norm.

He is in the best form of his career having established himself in England’s ODI team thanks to a superb home series against Australia. But an embarrassment of riches in the England T20I team and a Covid outbreak in South Africa meant he did not play a single game on England’s tour before heading straight to Australia where he spent two weeks, including Christmas, stuck in a hotel room as part of the Australian government’s strict border requirements on international travellers entering the country.

Rather than wallow in what might have been, Billings is going with the flow.

“You’re not going to have everything aligned perfectly at times,” Billings told ESPNcricinfo. “But you have a really good idea of what you need going into a game to be mentally ready.

“It’s like riding a bike. You’re not going to lose it in three weeks. It’s just about getting your mind right. Two really good training sessions and I feel in a really good place.”

Billings was well aware of what he signed up for. He was full of praise to Cricket Australia for setting the travelling England players up with two-bedroom apartments, a treadmill, and an exercise bike, to keep the legs ticking over while cooped inside.

Billings believes the key to not letting the walls close on him was his attitude, however, he was also extremely sympathetic to those who had opted out.

“The most important thing was getting into a really good routine,” he said. “Kind of having a purpose for each day and the first hour of the day was all about setting it up in terms of what I wanted to get out of it and having some organisation to it.

“I think that’s the real key. Not just letting the days drift and feel as if you’re not getting too much out of it. I was very lucky with the support I had around me and had a kind of plan to embrace it and look at it from a positive point of view as opposed to a negative mindset.

Sam Billings on coming back from injury

“I think as well as a player, we’re going to have to used to these kinds of things, and constantly learn and evolve on the back of them. At times it’s hugely challenging for some individuals, and it’s so individual. If guys are really struggling, it’s absolutely no judgement.”

Billings, 29, credits the toughest year of his career for his discernible shift in mindset. A freak shoulder dislocation cost him a chance to be part of England’s magical 2019 World Cup. Rather than regressing, it has propelled him to greater heights in terms of his preparation and his mental strength. The results were obvious for all to see when he made his maiden international century against Australia at Old Trafford in September.

“I think the whole process is natural,” Billings said. “As you get older and more experienced it’s something that develops. Missing the World Cup through injury the year before, it was a pretty steep learning curve in terms of what I needed to get done.

“I had to reflect on things I needed to get done and things I needed to improve. For a really bad experience which I wouldn’t wish on anyone, actually what came out of it was a really positive summer. Probably my best summer in an England shirt. It was only through the back of the changes I made through being injured, that I developed. I saw it as, obviously a negative experience, but a huge positive that really helped me develop as a bloke but also as a cricketer as well.”

Some continuity in selection has also helped. England’s limited-overs teams have been among the most difficult to break into in recent times and an extended run certainly added his progress.

“For me, it’s all about, and it’s so cliché, focusing on the process as opposed to trying so hard to perform well,” Billings said. “Certainly at times for England I would play one game and do well and be out of the side because it’s such a hard side to get into. But this summer was so nice to play a consistent run of games. Not worrying about not playing the next game has just allowed me to play and play my own way.

“I know that when I’m on, when I’m playing well, when I’m comfortable in the environment, I know that I add value to any side that I play in. Hopefully, I just continue to do everything I can to give myself the best chance and that’s all I can do really. Hopefully, I can add some value to the Thunder.”

This will be Billings’ third stint in the BBL after playing 11 games over two seasons, from 2016 to 2018, for cross-town rivals the Sydney Sixers. But Billings was keen to join the Thunder due to a connection with Sydney’s western suburbs. He experienced a life-changing summer at Penrith Cricket Club in 2013-14 playing Sydney grade cricket alongside Pat Cummins. Eoin Morgan, Jos Buttler, and Joe Root have also represented the Thunder in recent times but Billings’ friendship with Shane Watson, through their experiences at Chennai Super Kings was the clincher.

“I’m pretty close to Shane Watson through my time at Chennai, I spent a lot of time with him,” Billings said. “I’m very thankful for all the help he’s given me. He had nothing but positive things to say about the Thunder. It was a pretty easy decision.

“The biggest thing for me was that I was their guy that they wanted from day one and that goes a long way for any player. Straight away it was that loyalty both ways. I really enjoyed that. I’m really fired up to do well and give back to these guys.”

He joins a Thunder team in red-hot form. He will slot in nicely into the middle order and is looking forward to a rare opportunity to keep wicket.

“It will be great to get the gloves back on, hopefully, there are not too many cobwebs,” he said. “And obviously in the middle order, that’s something that I really want to make my own if I’m honest. In terms of internationally but also around the world as well. Not many players want to bat in the middle order. Obviously, it’s a pretty challenging position against spin with the field out.”

He explained it can also be a different challenge in Australia compared to other parts of the world. Australia have struggled to produce world-class middle order T20 players with the style of play required on the bigger grounds with the field spread asking for slightly different skills.

“I think with these big grounds it’s obviously about being positive, backing your options,” Billings said. “You can kind of run people ragged with these big pockets. I like my running between the wickets so I think that’s a huge part of it.

“That’s kind of how you can go at low risk 10-an-over against spin. If you hit a boundary an over and then you’re running people ragged out to the sweepers, that’s when you put people under pressure at relatively low risk. There will be different challenges. Obviously, a lot of pace bowlers go into the pitch [with shorter lengths] because of big square boundaries.

“It’s coming up with different game plans and hitting gaps. It’s not necessarily all about hitting sixes. You hit the ball hard along the ground over here. The outfields are generally so quick that you get value. It’s just playing smart cricket on these big grounds.”

Afghanistan opt to bat; Dhananjaya Lakshan in for Sri Lanka
‘It was snapped in half’ – Maxwell explains how he broke his leg
Matt Renshaw, Marcus Harris lead PM’s XI with the bat, before West Indies fight back
England suffer stunning collapse as Starc and Zampa rip through | Australia v England 2022-23
Fawad Alam, Asif Mehmood rescue Sindh with strong eighth-wicket stand