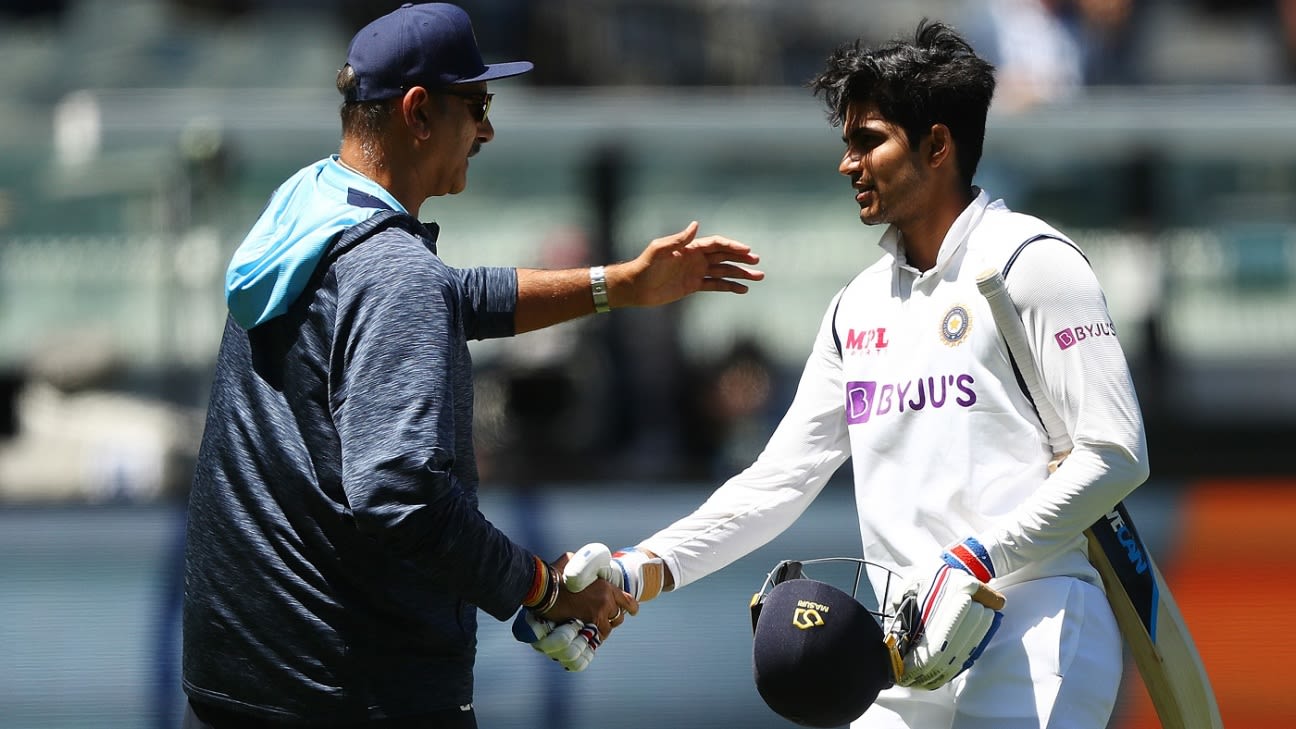 Bowled out for 36. Missing three, arguably four, first-choice players. Losing another mid-Test. Spending months on the road and in mentally challenging bubbles. Losing the toss. Becoming only the third team to come back from a 0-1 deficit in the last 50 years in Australia. You might have accused India coach Ravi Shastri of hyperbole in the past, but you probably wouldn’t argue against his assessment that India’s win in Melbourne after all that is one of the great comebacks in Test history, not just Indian cricket.

“I think this will go down in the annals of Indian cricket – no, world cricket – as one of the great comebacks in the history of the game,” Shastri said. “You know to be rolled over for 36 and then three days later to get up and be ready to punch was outstanding. The boys deserve all the credit for the character they have shown. Real character.”

The key to this comeback, Shastri said, was to accept the result in Adelaide and move on. He was asked what the chat was in the dressing room in Adelaide and then in Melbourne when they rocked up.

“No chat,” he said of Adelaide. “And when we arrived in Melbourne, it was the things we have got to do to get up and fight.

“We had a lot of positives in Adelaide but at the end of the day it is the result that counts. We were blown away in the second innings in one hour. So when you are blown away, you are blown away. There is nothing you can do about it than to get up and fight, which we did in this Test match. To beat a team like Australia, especially in Australia, there is no point having one good day or two good days, you have got to have five good days if you have to beat them. As simple as that.”

India began the final day of the Test still needing four wickets with scores level, and were held up by a stubborn tail helped by a missing seamer and by now a lifeless track. “We were focusing on accuracy and discipline,” Shastri said. “And be patient. Be prepared to be patient even if they batted a session or a session and a half. Be prepared to chase even 100 or 150 if needed. Think in that fashion. Think as if you have to take 10 wickets not just four wickets.”

Shastri was glowing in the praise of the stand-in captain Ajinkya Rahane, especially his batting. “The discipline,” said Shastri of Rahane’s century. “On such a big stage, in a massive arena, to come as captain of the team, bat at No. 4. When he went out to bat, we were two down for 60 and then to bat six hours on probably the toughest day to bat. It was overcast; all day the sun never came out. He batted for six hours. Unbelievable concentration. I thought his innings was the turning point.”

Shastri acknowledged the calmness of Rahane played a part on the field. “He is a very shrewd leader, he has a good understanding for the game. A good reader of the game. And I thought his calm composure out there in the middle helped the debutants as well, helped the bowlers as well. There was a calming influence out there. In spite of losing Umesh [Yadav], he did a great job out there.”

One of the big positives for India will be that the debutants Mohammed Siraj and Shubman Gill looked ready for the occasion, for Test cricket, playing in a big match. “That’s the brand of cricket we have been playing for the last three or four years,” Shastri said. “When you saw these two debutants show that kind of maturity and discipline there, it was great to see. Today Siraj’s effort was outstanding actually. He might not have the numbers to show for it but the discipline and the ability to bowl long spells, the maturity he showed for someone playing his first Test, doing the job he had to do once we lost Umesh, was outstanding.

“Then Shubman going and playing with that kind of flair later on was great to see. Great character. More than anything else, great character. He looked very very mature for someone playing his first Test match. He looked very calm and composed. Wasn’t afraid to play his shots, which was great to see. Even in the second innings, it was very easy to get into a shell but he went out there and played his natural game, which was great from the team point of view.”

Shastri credited the IPL for giving India international-cricket-ready debutants. “A lot has to do with the IPL,” he said. “The fact that they share the dressing room with international players, they rub shoulders with the best, it is that complex factor disappears very quickly. And you see what you see now.”

While Shastri gave all the credit to the players, the team management made a bold move of playing a fifth bowler, Ravindra Jadeja, who proved his worth in all three disciplines. “He is a genuine allrounder,” Shastri said of Jadeja. “That is why he bats where he is. He can bat at 6, he can bat at 5 if need be on a given occasion. But he is a genuine genuine allrounder. That’s why he lends a lot of balance to the side. Also when you play overseas there is a chance of one of the bowlers getting injured, like you saw with Umesh. With Jadeja there, it gives better balance and it also gives fast bowlers some respite with Jaddu and Ashwin doing the bowling.”

They also replaced Wriddhiman Saha, the more accomplished pure wicketkeeper, with Rishabh Pant, the keeper-batsman. “I thought he was very very good,” Shastri said of Pant. “Anyone can make a mistake. Any batsman can make a mistake. I thought the discipline he showed, the runs he made, his ability to counterattack, and play some shots and move the game forward. It is a huge plus for the team. He showed it in this game. He might have got only 29 but there was a lot more than 29 there.”

Shastri confirmed they will continue with five bowlers for the next Test, but will wait to see how fit Rohit Sharma is before deciding on any change in the batting for the third Test. “We will stick to five bowlers,” Shastri said. “Rohit joins the team tomorrow. We will have a chat with him tomorrow to see where he is placed physically because he has been in quarantine for the last couple of weeks. Also got to see how he feels before we take the call.”