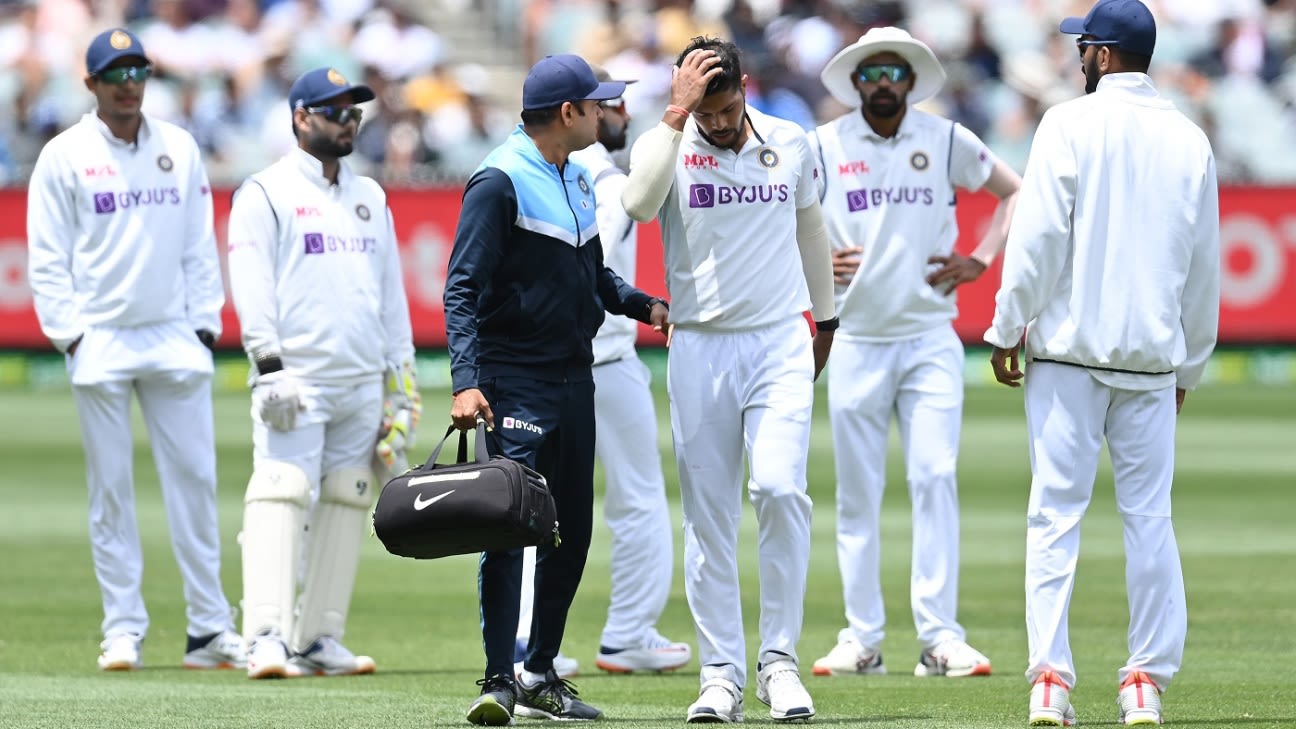 India are dealing with an injury scare to another bowler as they waited on scan results on Umesh Yadav‘s calf after he walked off with a strain in the middle of his fourth over on the third day at the MCG. The BCCI released an update in the middle of the final session: “Umesh Yadav complained of pain in his calf while bowling his 4th over and was assessed by the BCCI medical team. He is being taken for scans now.”

That meant any decision on whether Yadav will be available in the rest of the Test will be taken overnight. India were already missing two first-choice seam bowlers, Ishant Sharma and Mohammed Shami, going into the Test. It was just as well that they played an extra bowler in Ravindra Jadeja in place of the missing batsman, Virat Kohli. India had Jasprit Bumrah and Mohammed Siraj to use as seamers for the rest of the third day’s play.

Yadav hurt his calf in his follow through in the eighth over of the Australian innings and was in visible discomfort after delivering the ball. The team physiotherapist came out to check Yadav before the bowler hobbled off the field.

Umesh Yadav complained of pain in his calf while bowling his 4th over and was assessed by the BCCI medical team. He is being taken for scans now. #AUSvIND pic.twitter.com/SpBWAOEu1x

India took a first-innings lead of 131, and had taken three wickets, including those of Steven Smith and Marnus Labuschagne, with 38 runs still in bank when the update arrived. Yadav had taken one wicket, that of opener Joe Burns, before he went off.

If Yadav were to be ruled out for the rest of the series, Navdeep Saini would be in line for a debut with three other nets bowlers in the touring party available to be drafted into the squad. India had asked for T Natarajan, Shardul Thakur and Kartik Tyagi to stay back after the limited-overs series.