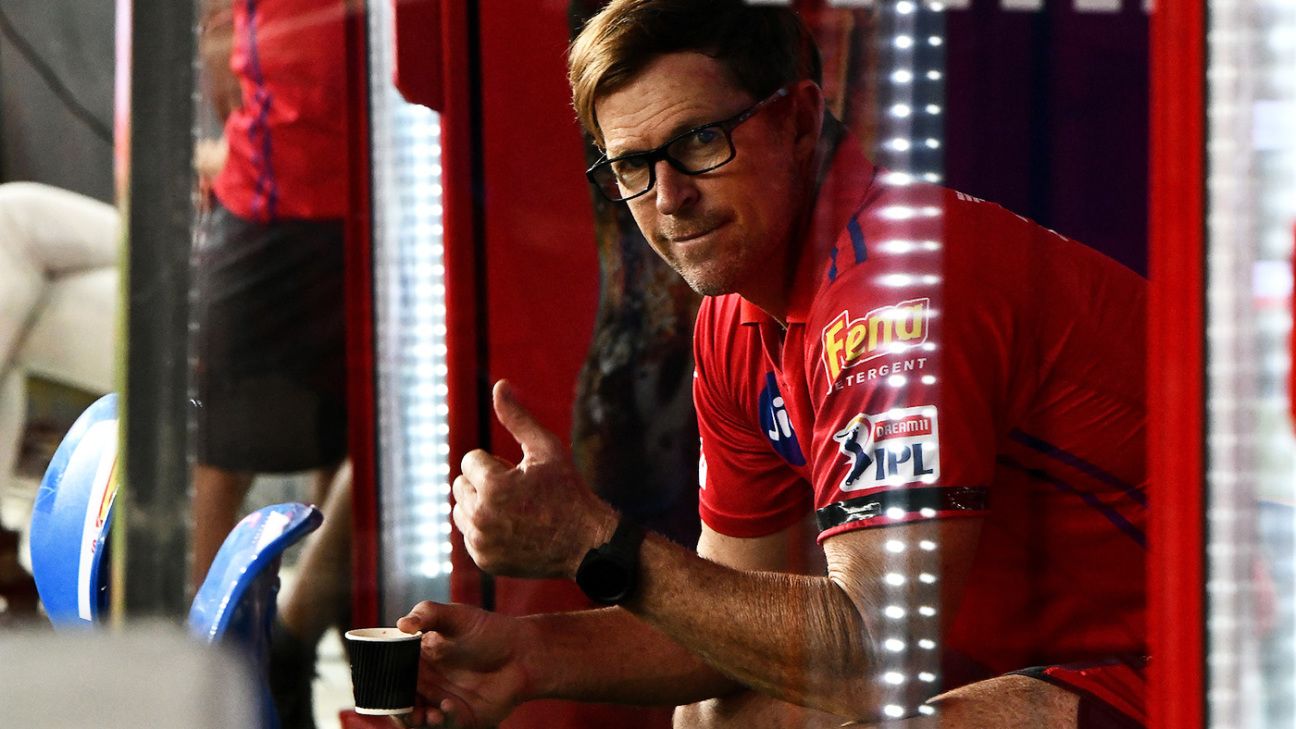 Jonty Rhodes is used to soaking in the sun back home in South Africa around Christmastime. This year, he’s in chilly Sweden, teaching amateur cricketers the finer aspects of the game.

The Swedish Cricket Federation has ambitious plans of being among the top Associates and want to create pathways for cricketers, male and female. With Rhodes as head coach, scout, man-manager and trainer all rolled into one, the federation is hoping to form a pool of players who will take cricket to the next level in the country. Among Rhodes’ immediate priorities is to ensure home-grown talent comes up.

“At Sweden, I’m not just the national coach, but I’ve got to also look after the pathways from junior cricket to Under-19s to women’s cricket because there are only four paid professionals at the Swedish Cricket Federation,” Rhodes told ESPNcricinfo. “I’ve got players from Sweden who originate from Pakistan, Afghanistan, India. There aren’t too many locals, so that’s something I’m looking to push for. If you can harness that diversity, it’s a huge asset to have.”

With most of their cricketers employed elsewhere, Sweden are some way off even a semi-professional structure. But though cricket is mainly restricted to the weekends, the number of registered clubs is on the rise, and the association is looking to popularise the shorter formats. While T20 is tops, T10 has taken root too.

It’s a brush with T10 that got Rhodes to accept another challenge – in January, he will be a part of the Pune Devils franchise as their head coach in the Abu Dhabi T10 tournament. There, he will link up with the likes of Thisara Perera, fresh off a title-winning run with the Jaffna Stallions in the Lanka Premier League, and the recently retired Mohammad Amir.

“I spent a lot of time developing the game at the grassroot structures as opposed to working with high-performance players or teams. That for me was an eye-opener. I spent time in Nepal, Malawi, Zimbabwe, in different parts of South Africa – places with passion for the game but with limited facilities”

“Interestingly, Sweden has a lot of T10 cricket,” Rhodes pointed out. “They don’t have many facilities, but there are a lot of clubs who want to play on weekends. It’s too drawn-out to facilitate 50-over cricket. All the players registered with us are working professionals, so they only have the weekend off. So both T20 and T10 is a big part of the Swedish cricket make-up.

“For me, I’ve got to get as much experience from this shortened version, even if it isn’t from an ICC point of view, because Sweden isn’t participating in a tournament currently. I’ve worked as a sponsorship manager when we introduced the Pro-20 in South Africa in 2004. I’ve been a stakeholder in T20s for a long time, so I’m looking to try and see that adjustment is very quick in T10 as well. It’s a different format, there are players who have more experience than I have [Perera and Amir], so I’m also looking to learn from them.”

Rhodes will leave mid-January to be part of a bio-bubble in Abu Dhabi for the weeklong tournament before returning to Sweden. Having already been involved with the Mumbai Indians and the Kings XI Punjab in the IPL, apart from regular stints in Zimbabwe, Nepal, Kenya and Malawi, Rhodes said it was the search for newer ideas, fresh perspectives that helped him stay interested in the game.

“I retired in 2003, and immediately started working with Standard Bank as a sponsorship manager. I didn’t really get back into cricket for six years. I retired thrice, which is crazy, but I could never leave it because this is a game I’m so passionate about,” he said. “Hopefully, 20 years later, I’m still throwing balls around, scoring, umpiring or doing something in cricket.

“Initially, I thought I’d walk away from cricket completely, until the IPL came along. I started with Mumbai Indians in 2009 as fielding coach, did it for nine seasons. After that, a two-year break helped me from a journey point of view.

“I spent a lot of time developing the game at the grassroot structures as opposed to working with high-performance players or teams. That for me was an eye-opener. I spent time in Nepal, Malawi, Zimbabwe, in different parts of South Africa – places with passion for the game but with limited facilities. Yet, it doesn’t diminish people’s love for what they do. That’s been a part of my journey.”

Jonty Rhodes was speaking at his unveiling as head coach of Pune Devils in the Abu Dhabi T10 League. The full interview will be published next week.