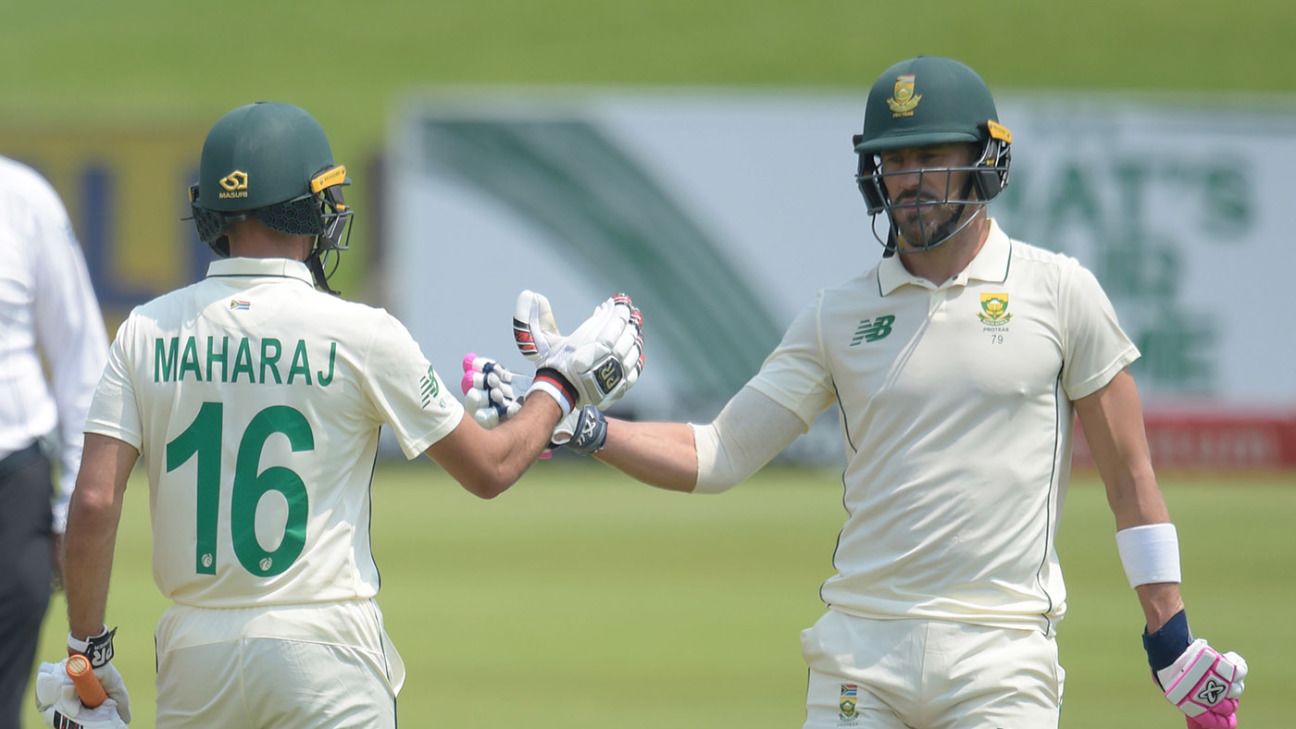 Faf du Plessis acknowledged that he has had more impressive performances than his 199 against Sri Lanka on Monday but hoped this innings will serve as a reminder that his international career is far from over.

“In match situations, I’ve made a lot better hundreds – when attacks are at their hottest, when conditions are at their toughest. I wouldn’t put this close to any of those,” he said. “This was more, for me, from a timing and a statement point of view, to make sure I proved to people out there who doubted my ability that it hasn’t changed after a season or two. In fact, I am trying to make sure I can improve my performances.”

Du Plessis endured a tough summer last year, when South Africa lost 1-3 to England and he scraped together just 151 runs in eight innings. As the leader of the line-up more was expected of him but he didn’t take the criticism too personally. “It comes with the territory. The highest tree sometimes gets the most wind. That series against England, we weren’t playing our best cricket, there was a lot of pressure on me as captain and obviously then the performance side of it comes to the forefront as well,” he said.

A seven-month break from the game, enforced by the Coronavirus lockdown, did not prove to be a disruption for du Plessis as it has for other players whose training schedules have slowed. Quite the opposite. It gave him the chance to reset and prepare for a few more summers in the game.

“I’ve had a good off-season,” he said. “When Covid-19 hit us, I had a bit of time to make sure I plan ahead and put myself in the best position possible to play some good cricket. As I said then, I felt I had a lot to offer South Africa in all formats.”

Du Plessis returned at the IPL and in T20s for South Africa against England and has now committed himself to playing as many Tests as possible, with no timeline on when he may call it a day. On the evidence of this match, it looks as though he could extend his time in the longest format significantly, although he recognises it is difficult to judge him, or the team, on one performance against a depleted opposition.

“They lost a bowler early doors and then it becomes a challenge for a Test team,” he said, referring to the four injuries Sri Lanka have suffered in the match, robbing them of most of their attack. “That’s when you know you must stretch them as much as possible to their third and fourth spells because they will be tired. You have to make sure you cash in on an attack that’s on heavy legs.”

Although South Africa had it relatively easier than they may have expected, du Plessis said this experience also allowed them to go back to basics and structure a Test innings as they once used to.

“It reminded me again how important it is for openers to have a good start,” he said. “That’s something we’ve been challenged with the last two, three seasons. In the first ten overs, we’ve always lost a wicket.

“In Test cricket, if you can get to 50 without loss, it sets up the rest of the batting unit. The dressing room relaxes a bit. The ball is a little bit older so No.3, 4 and 5 don’t come in against the new ball. If I go back to our Test team performing our best – there were a lot of 50 without losses and then it sets up those guys coming in later. It reminded me in this innings how important it was and how important it is for us if we want to compete against the best.”

Aiden Markram and Dean Elgar put on South Africa’s first century stand in three years before du Plessis shared in record-breaking fifth- and seventh-wicket partnerships against Sri Lanka with Temba Bavuma and Keshav Maharaj. His stand with Bavuma could have gone on longer but Bavuma walked on 71 even though replays showed he had not hit the ball.

“He played and missed a shot and then walked off the field. There was conviction from his side that he hit it,” du Plessis said. Asked if he heard a noise, du Plessis said no.

Du Plessis too had only himself to blame for his dismissal after he picked out Dimuth Karunaratne at mid-on, on 199.

“I thought I would just pop him over his head,” du Plessis said. “I tried to hit it, possibly a bit bit too straight. I feel it’s a shot I have played really well but execution was perhaps not 100% there. I was pretty tired at that stage. I was not in the greatest position to try and hit that for six. It’s unfortunate. I worked extremely hard to try and get a 200 today.”

But du Plessis was not too distressed at missing the milestone , choosing to focus on what the significance of a big hundred meant instead.

“Two hundred is something I didn’t spend too much time thinking about,” he said. “When you get past 100 you start thinking about 200, but the biggest thing from today was that if a batter gets in, you want to make sure you cash in. That becomes a match-winning knock. It’s big hundreds you always strive for as a batting unit, to put the opposition under pressure.”

‘We enjoy confrontation as a group’ – Elgar’s South Africa brace for ‘feisty’ tour of Australia
“There’s Never A Need To Talk To Him”: Shubman Gill On India Star After 2nd ODI
Ollie Pope embraces senior status after taste of England leadership
‘If it doesn’t happen, it doesn’t happen’ – Liam Livingstone
Hurraira 221, centuries from Amin and Waheed give Northern total control