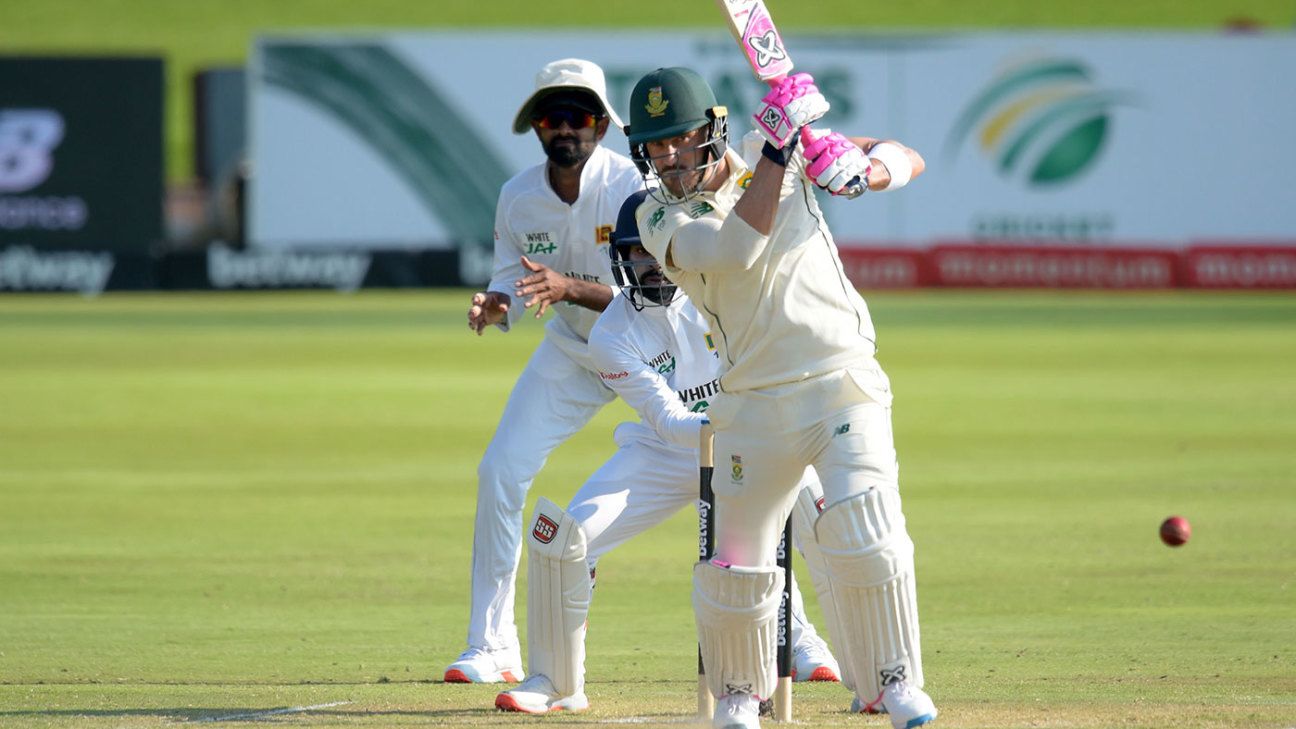 Temba Bavuma left to rue strange dismissal after walking on 71

Faf du Plessis strode to a tenth Test century, Temba Bavuma brought up a fifty, and South Africa charged past Sri Lanka’s first-innings score, tightening their grip on the Test.

The only setback for the hosts on the third morning was Bavuma’s strange dismissal – he walked for 71 despite not having nicked the ball to the keeper.

Otherwise, this session went largely as the two before it had – South Africa continued to score rapidly, plundering 118 in 25 overs (a scoring rate of 4.76).

There was some doughty bowling by Sri Lanka, particularly by Lahiru Kumara who delivered a decent barrage of bouncers with the second new ball. But hamstrung by the absence of two of their six bowlers, Sri Lanka did not maintain pressure long enough to put in motion the kind of collapse that would have seen them surge back into this game.

Having begun the day 79 runs in the red, South Africa closed out the session 39 runs in front, with five wickets remaining.

Du Plessis batted largely as he did on day two, picking up frequent singles and twos as he worked himself back into a groove early in the morning, before venturing more ambitious strokes after the second new ball was taken, seven overs in.

Although Kumara sometimes rushed him with the bouncer and collected the occasional top edge that fell into space, du Plessis continued to take the bouncer on. In the 86th over, he pulled Kumara for successive boundaries through fine leg.

Having begun the day on 55 not out, du Plessis reached his century with a four behind point off the bowling of Wanindu Hasaranga. He had used only 151 deliveries to get to the milestone.

Bavuma too warmed to his work on day three with a spate of singles and twos. He reached his half-century just before the second new ball was taken, and continued to progress in the same busy and assured fashion. His only moment of real violence came in the 86th over, when he hit Vishwa Fernando through the offside for successive boundaries.

He will be disappointed looking at the replays of his dismissal by Dasun Shanaka though. Not only could he have left that back-of-a-length wide-ish delivery alone, he also very clearly did not edge the ball through to Dickwella – both snicko and the replay suggesting his bat was not close to the ball when it passed through. And yet Bavuma walked without even waiting for the umpire’s signal.

Du Plessis got to his hundred in the company of new batsman Wiaan Mulder, who had moved to 18 off 24 by lunch.