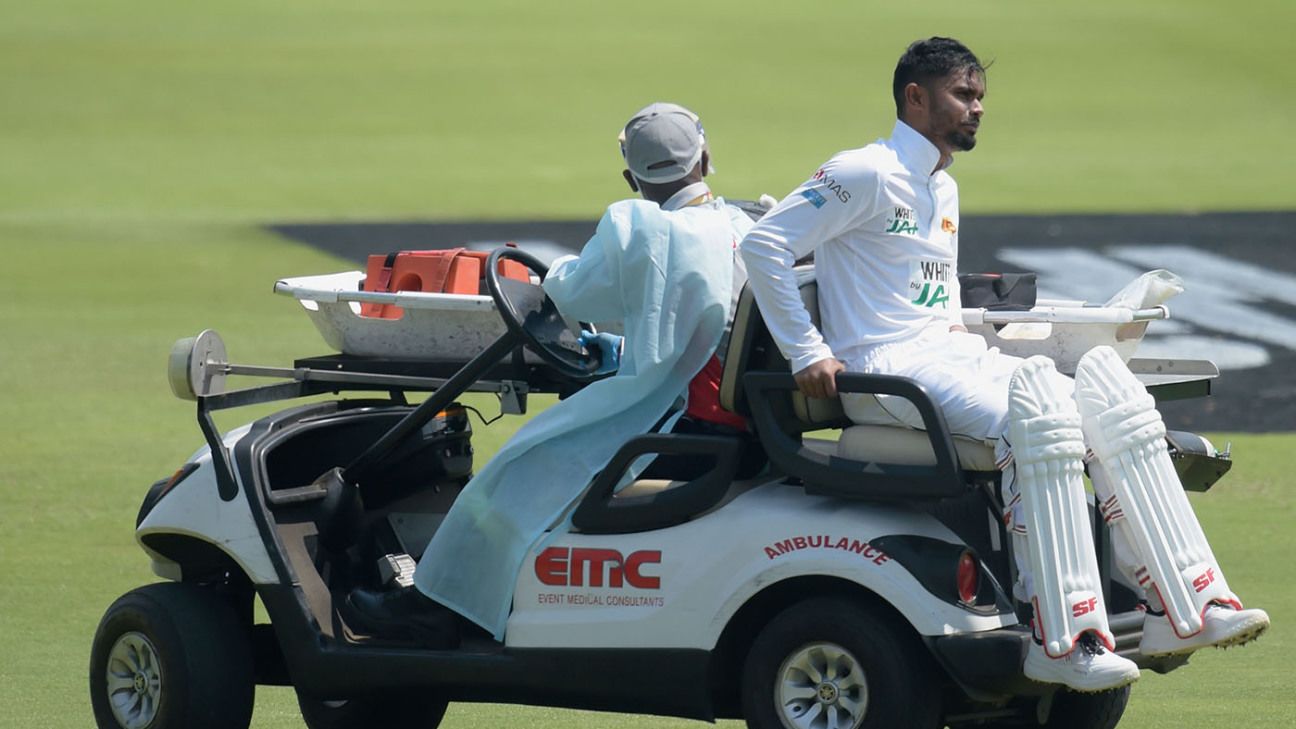 One day after retiring hurt on 79 in the opening day of the Test series against South Africa, Dhananjaya de Silva has been ruled out of the remainder of the tour with a “grade 2 tear” on his thigh.

de Silva’s status was confirmed on the second day of the Centurion Test by the Sri Lanka Cricket board. He had gone for an MRI on the first day after an initial diagnosis of a soft-tissue injury near his thigh.

His 106-ball 79 had helped the visitors recover from 54 for 3, and his fluent innings had taken them to 185 with no further loss when he completed a single off Lutho Sipamla. However, he immediately looked to be in severe discomfort, collapsing to the ground and had to be helped off the field. The base set by him and the other half-centurion Dinesh Chandimal (85) helped Sri Lanka finish day one on 340 for 6.

The injury to de Silva dents the Sri Lankan batting resources for the ongoing Test. They will have to play with one batsman less in their second innings and may as well miss his offspin bowling, with debutant legspinner Wanindu Hasaranga the only frontline option left in their playing XI.

Sri Lanka Cricket said that de Silva will be out for two weeks. They will now hope he is fully fit for the two-Test series against England at home, which begins on January 14 in Galle.