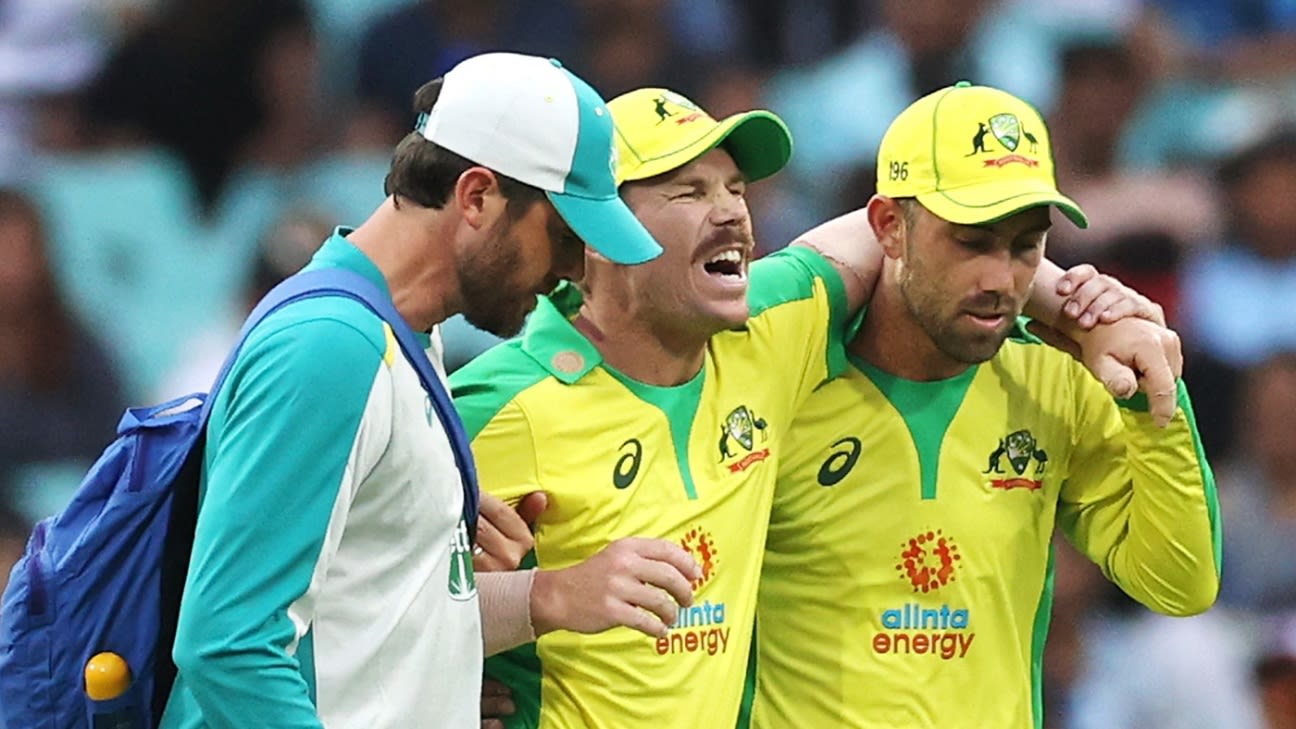 David Warner is still struggling to regain his former dynamism after a groin injury, meaning he is a doubtful starter for the third Test of the series against India even as Australia feel his absence ever more keenly at the top of the batting order.

Australia’s coach Justin Langer revealed on Sunday that Warner was now batting comfortably in the nets as part of the hosts’ preparation for the next match, but remained affected in terms of running mobility by the after effects of the groin tear suffered during the second ODI against India at the SCG back in November.

Urgency has been added to the need for Warner’s recovery by Australia’s failure to gain a first innings foothold in either of the first two Tests, meaning they are leaning heavily on their vaunted bowling attack to keep the home side ahead of India.

“There’s no-one more professional and he’s doing everything possible,” Langer told Ricky Ponting during a lunchtime interview on Seven. “We saw him bat the day before the game, he’s batting again this afternoon at the MCG, so in terms of his batting he’s flying, it’s just trying to … he’s still having some trouble with his groin and we know how dynamic he is.

“His running between the wickets, his movements all the time, so he’s getting closer and we’re hopeful he will come good, he’s certainly hopeful he’ll come good, but time will tell. We’ve still got a few more days to the next Test match.”

It was Warner’s union with Joe Burns last season that gave the Australians several key platforms against Pakistan and New Zealand, and in his absence they are yet to register a century stand against India, coming closest in an 86-run union between Marnus Labuschagne and Travis Head on Boxing Day.

But even that stand was a source of frustration for Langer, underlining how when two batsmen are set in challenging conditions, it is critical for them to go on to partnerships worth 150 or more.