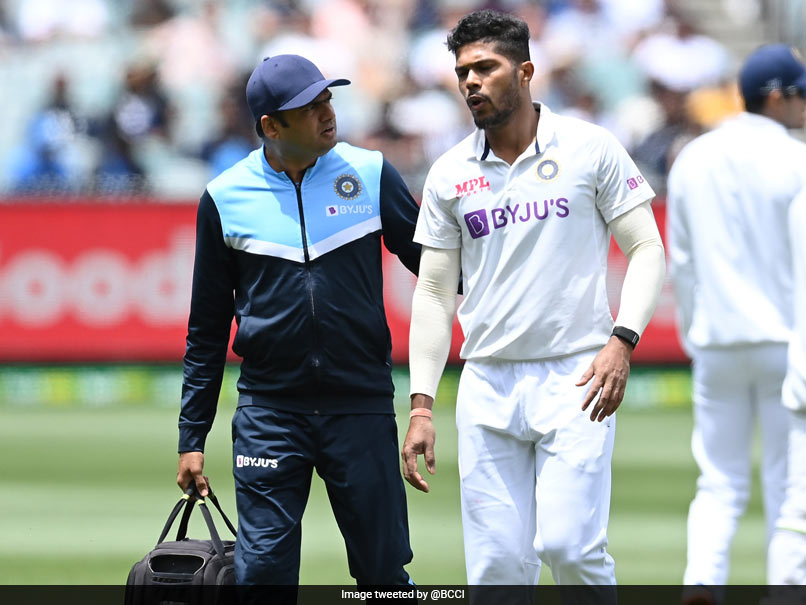 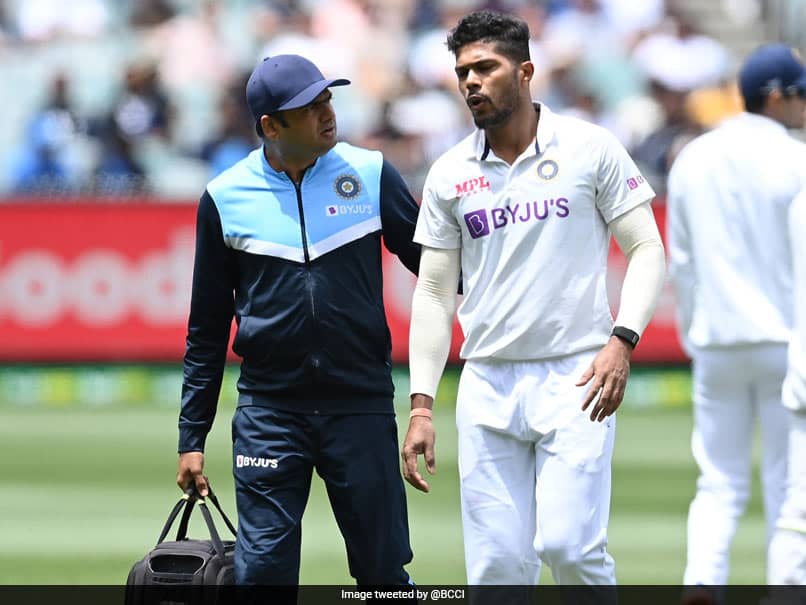 Australia vs India: Umesh Yadav hobbled off the field on Day Three of the second Test.© BCCI/Twitter


India fast bowler Umesh Yadav hobbled off the field after suffering a calf muscle injury during the third day of the second Test against Australia in Melbourne on Monday and has been taken for scans. Umesh, 33, was in the middle of a fine spell when he experienced pain in his left leg and called for immediate medical attention. He later limped back to the dressing room. “Umesh Yadav complained of pain in his calf while bowling his 4th over and was assessed by the BCCI medical team. He is being taken for scans now,” BCCI media team released a statement.

Umesh Yadav complained of pain in his calf while bowling his 4th over and was assessed by the BCCI medical team. He is being taken for scans now. #AUSvIND pic.twitter.com/SpBWAOEu1x

Umesh had dismissed opener Joe Burns with a peach of a delivery in only his second over earlier.

Debutant pacer Mohammed Siraj completed what was the eighth over of the innings. India are already missing the services of seasoned pacers Mohammed Shami and Ishant Sharma and the latest injury would add to the visiting team’s problems in the four-match Test series.

With updates awaited on Umesh’s injury, India’s decision to play five bowlers at the Melbourne Cricket Ground might help their cause.

Having bowled out Australia for 195 in their first innings, India put up 326 for a substantial lead of 131 runs. India trail the series 0-1 after their loss in the opener in Adelaide.