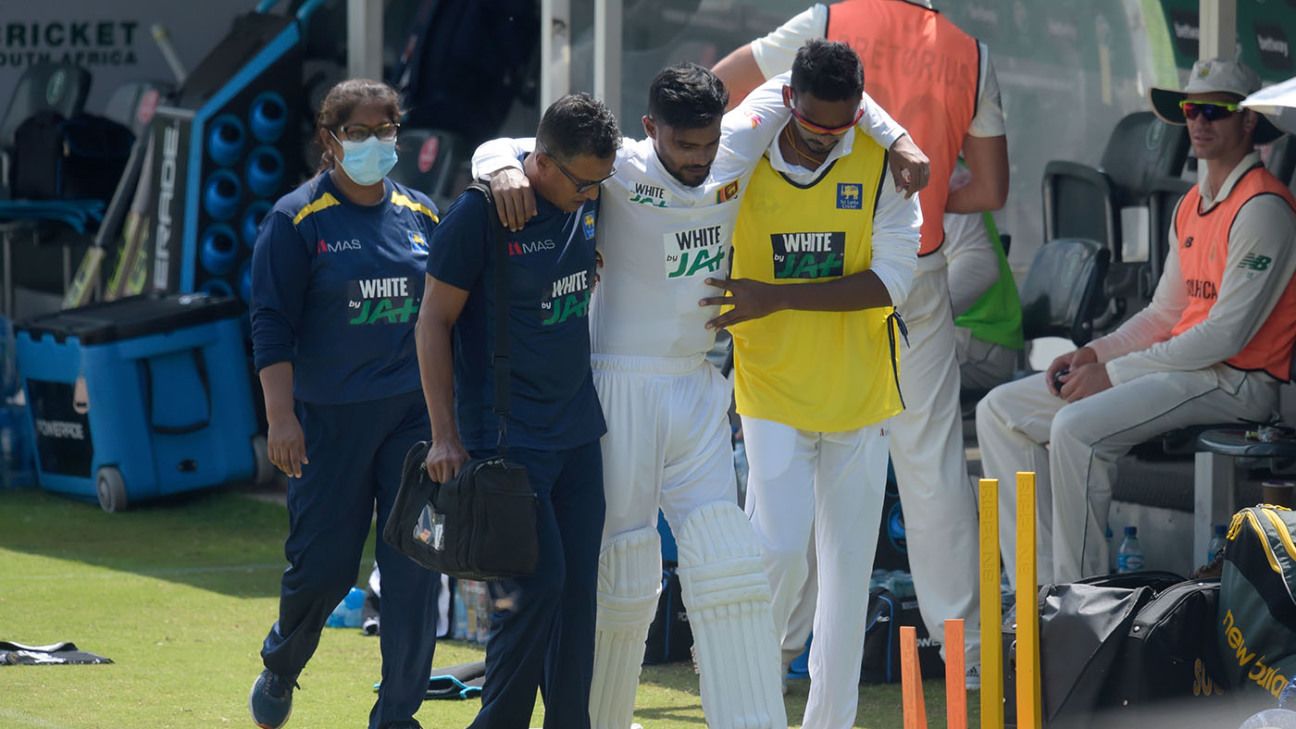 Dhananjaya de Silva is a doubt for the rest of Sri Lanka’s Test series in South Africa after retiring hurt on 79 on the first day of the Centurion Test.

De Silva came in with Sri Lanka in trouble at 54 for 3, but his fluent innings had taken them to 185 with no further loss when he completed a single off the bowling of Lutho Sipamla. However, he immediately looked to be in severe discomfort, collapsing to the ground, and had to be helped off the field and into the dressing room.

He will undergo an MRI scan on Saturday evening on what is believed to be a soft-tissue injury to a muscle near his thigh – possibly his quadriceps – and while Sri Lanka offered no official comment as to its severity, his team-mate Dinesh Chandimal suggested that de Silva himself was not optimistic.

“Straight after his injury he said to me that it was a strain,” Chandimal told SuperSport, the host broadcaster. “He’s going to the MRI [scan] now, and he thinks he can’t play for two to three weeks. So that is the thinking, anyway.

“We’ll see how the MRI goes, and hopefully he’ll recover soon. He batted outstandingly, really well, so credit goes to him as well.”

The second Test of the series begins on January 3 in Johannesburg, while Sri Lanka start a two-Test series at home to England on January 14. They may well miss de Silva’s offspin bowling as much as his batting, with debutant legspinner Wanindu Hasaranga the only frontline option left in their playing XI.

Sri Lanka are already without the injured Angelo Mathews for this tour, though it is expected that he will be fit for the England series next month.