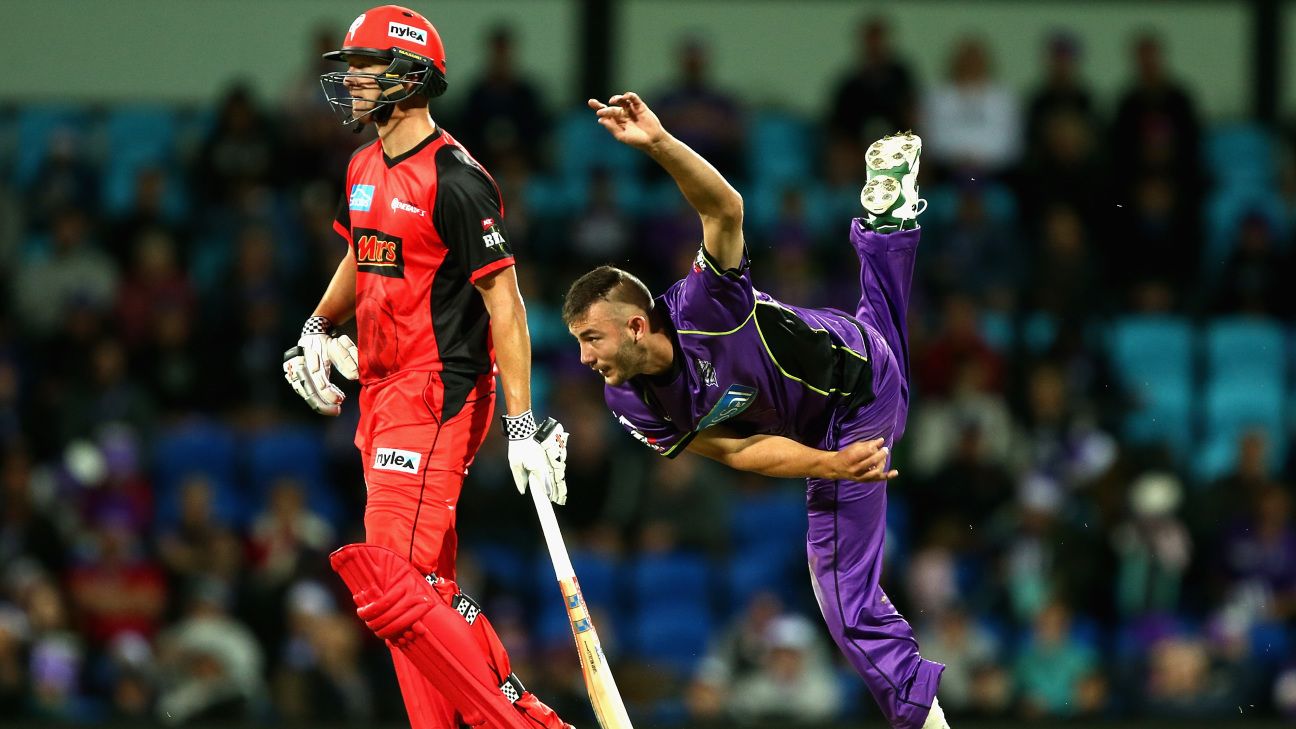 Fast bowler will play for Southern Punjab in the 2021 One-Day Cup, which begins on January 8

Fast bowler Aaron Summers is set to make history by becoming the first Australian to take part in domestic cricket in Pakistan. ESPNcricinfo understands the 24-year old will play for Southern Punjab in the 2021 One-Day Cup, which begins on January 8 and runs until the end of the month. The deal is understood to be in its final stages, with official confirmation from the PCB imminent. While Australia’s borders are currently closed to both departures and arrivals due to the Covid-19 pandemic, Summers has received a travel exemption from the Australian government, clearing the path for him to come to Pakistan.

The PCB’s playing conditions do not prevent the inclusion of overseas players, but does currently limit it to a maximum of one per side. They must, however, make sure to obtain a No-Objection Certificate (NOC) from their home board and their team has to apply for their inclusion either a month before the start of the season or via special request afterwards. It is understood Southern Punjab made a special request, given the 2020-21 season is underway, which the PCB appears set to approve.

Instances of foreign cricketers playing on Pakistan’s domestic circuit have generally been rare, though not completely unheard of. Fourteen Afghanistan players featured for Afghan Cheetahs in the 2011-12 Faysal T20 Cup. Yamin Ahmadzai, the Afghanistan fast bowler, played five first-class games in Pakistan in 2016-17. Zimbabwe allrounder Sikandar Raza played in the National T20 Cup that same season. In 2009, former England Uunder-19 player Bilal Shafayat played for Habib Bank, while Afghanistan fast bowler Hamid Hassan represented Pakistan customs. It was a side Mohammad Nabi had earlier represented, too, and a pair of Zimbabwean cricketers were believed to be considering signing first-class contracts in Pakistan, only for those deals to ultimately fall through.

PCB chairman Ehsan Mani did say on a podcast this year that he would like to see foreign cricketers playing in Pakistan’s first-class system, but the chances of this happening were considered fairly remote. The restructuring of the first-class system, which slashed the number of teams from 16 to just six – getting rid of all departments in the process – further reduced the number of players that could potentially be on show. And while several high-profile foreign players have now played in the Pakistan Super League, the first-class system is not considered nearly as alluring.

That the first overseas player lined up to play first-class cricket in Pakistan is Australian is not insignificant either. They are the only Full Member not to tour Pakistan this century. Australia’s last visit came in 1999, with the ‘A’ side touring in 2007. A number of high-profile Australians have played the PSL in Pakistan, though, and a World XI that played three T20Is in Lahore in 2017 included Tim Paine, the current captain of the Test side.

Landmark deal aside, in Summers, Southern Punjab will gain an express fast bowler to complement the options they have in their ranks. Summers was selected by Karachi Kings in the 2019 PSL and played two matches without quite making an impression, and remained unpicked this year.

He rose to prominence in the Big Bash League thanks to his fierce pace, outgunning on debut an attack that also included Jofra Archer and Tymal Mills. The meteoric rise such explosive pace had suggested hasn’t quite panned out for Summers, but the One-Day Cup in Pakistan represents an intriguing, if unusual opportunity to resurrect his career.

Fawad Alam, Asif Mehmood rescue Sindh with strong eighth-wicket stand
Northern demolish Sindh to win Quaid-e-Azam title for the first time
Australia’s Test return to Perth likely to prove a tough sell
‘I respect what he has been through’ – Elgar backs under-fire Bavuma to bounce back
Rawalpindi Test between Pakistan and England to begin as scheduled