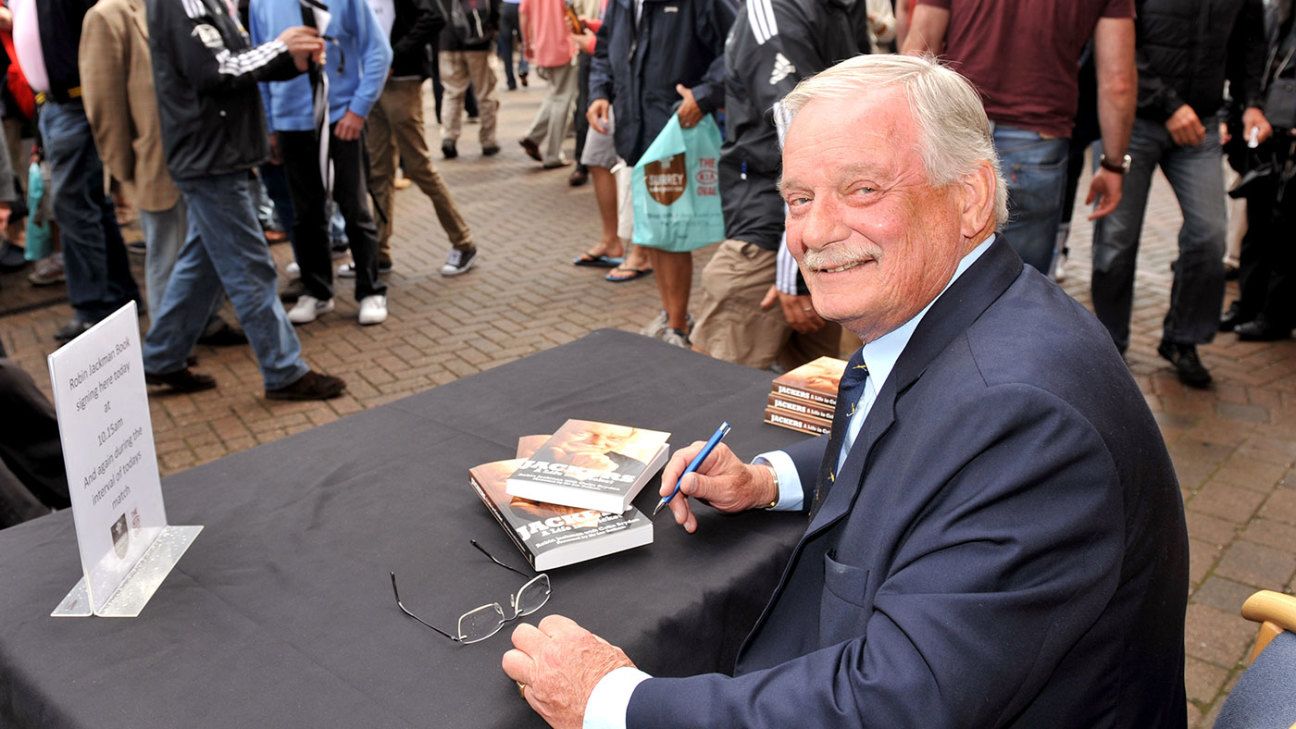 Bowler played four Tests for England in 1981-82, before moving into TV commentary

Robin Jackman, the former Surrey and England seamer who went on to become one of the leading broadcasters in South African cricket, has died at the age of 75.

However, he was arguably most famous for the match that he did not play, at Guyana on England’s tour of the West Indies in 1980-81, when his connections to Apartheid South Africa – through his wife Yvonne, and through his longstanding cricketing association with the country – led to the cancellation of the second Test of the series.

Jackman had earned his place on that winter’s Caribbean tour on the back of a stellar county season for Surrey, who finished second in the County Championship behind their London rivals Middlesex, thanks in no small part to his haul of 121 wickets at 15.40.

Jackman was born in India in 1945 and grew up in England, but coached and played for Rhodesia and Western Province over 11 seasons, a relationship that led the Guyana government to deny him a visa on that 1980-81 England tour.

When the English management chose not to yield to political pressure, the match was abandoned, and the series moved on to Barbados. Jackman was recalled in place of the injured Bob Willis and claimed five wickets in the match, including Gordon Greenidge, Desmond Haynes and Clive Lloyd. However, he was unable to prevent West Indies claiming a 298-run win for an unassailable 2-0 lead.

After retirement, Jackman moved into the media, and became a regular commentator for the South African broadcaster Supersport. In 2012, he was diagnosed with throat cancer, having already undergone two operations to remove malignant tumours from his vocal chords.

He passed away at 3.30pm South Africa time on Christmas Day, and is survived by his wife Yvonne and two daughters. His death comes just 48 hours after that of his former Surrey team-mate John Edrich, who died aged 83 on December 23.

The ICC reacted to the news in a statement: ‘We are saddened to learn about the death of legendary commentator and former England bowler Robin Jackman, who has passed away aged 75. The thoughts of the cricketing world go out to his family and friends during this difficult time.’