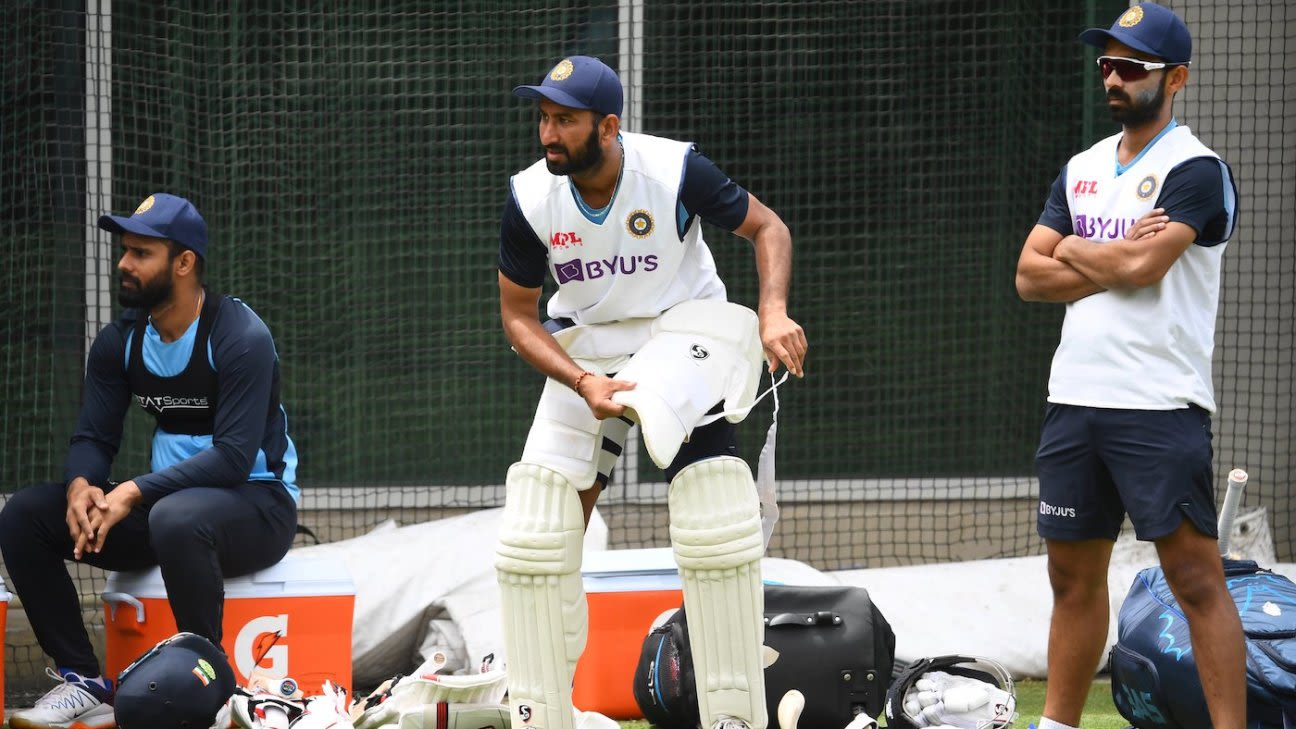 One bad hour. Two good days. Back yourselves to keep doing the same things that brought you those two good days, and avoid that bad hour. That is the import from India’s stand-in captain Ajinkya Rahane, who picked an XI with five bowlers for the second Test before attending the pre-match press conference.

It is a rare opportunity to captain India – only 33 men have done so in Tests – but Rahane’s position is not exactly enviable with India coming off their 36 all out nightmare and missing three of their frontline players. On top of that, Rahane still holds responsible for not batting Australia out of the game when he ran Virat Kohli out in the first innings and followed it up with a disappointing lbw dismissal.

“It was really tough,” Rahane said of the run-out, which became part of India’s fall of 17 wickets for 92 runs. They had been 188 for 3 before that. “Obviously we were going really well, the partnership was really good, and I could actually see that momentum go towards Australia after that run-out. After the end of the day, I went and said sorry to him [Kohli]. He was okay about it because we understood that the situation we were in, we were going really well at that point, but such things happen in cricket. You have got to respect that and move on from there.”

Rahane said Kohli addressed the team before leaving for India for the birth of his first child. “Virat spoke to all of us. We had our team dinner in Adelaide so he spoke to all of us about being positive, playing to our strength and just play as a team and as a unit. That is what we have been doing all these years. It is all about that, all about staying in the moment, playing for each other and enjoy each other’s success and help each other out in the field.”

Rahane said while Kohli’s presence was important he won’t be sliding into the captain’s messengers for tips while he is in India. “He spoke to all the boys. He said just be yourselves and back yourselves and play as a team. I don’t want to disturb him now because obviously this time is really special,” Rahane said.

This is not the first time Rahane has filled in for Kohli at a crucial time. The last time he did so the opposition was the same, and India were playing the series decider in Dharamsala in 2016-17. Rahane earned plaudits for his captaincy in the match, which started with an aggressive selection of Kuldeep Yadav as the third spinner, continued with field sets and bowling changes, and culminated in an attacking innings to kill a potentially tricky chase.

“I felt [I learnt] backing your instinct, remaining calm under pressure, backing your own strengths and methods, which I really focus on,” Rahane said. “I really learnt a lot during that Test.”

Rahane reiterated that neither the openers nor he himself needed to take any pressure for the second Test even though their roles were crucial. “We have got to back our basics, back our plans,” Rahane said. “We just had one bad hour so it is all about staying positive, backing your own ability and batting in partnerships. As a batting unit, that matters a lot: communication and batting in partnerships. We are focussing on that.

“It is a proud moment for me to lead India. It is a great opportunity and responsibility. I don’t want to take any pressure. What I want to do is back my team-mates, back my team. And as a team we want to do well. The focus is not on me but on the team.

“The openers’ role is crucial anywhere. I don’t want to put any pressure on our openers. Just want to give them freedom to play their game. But having said that openers’ role is very crucial. When you have that foundation, it becomes easier for the coming batsman.”