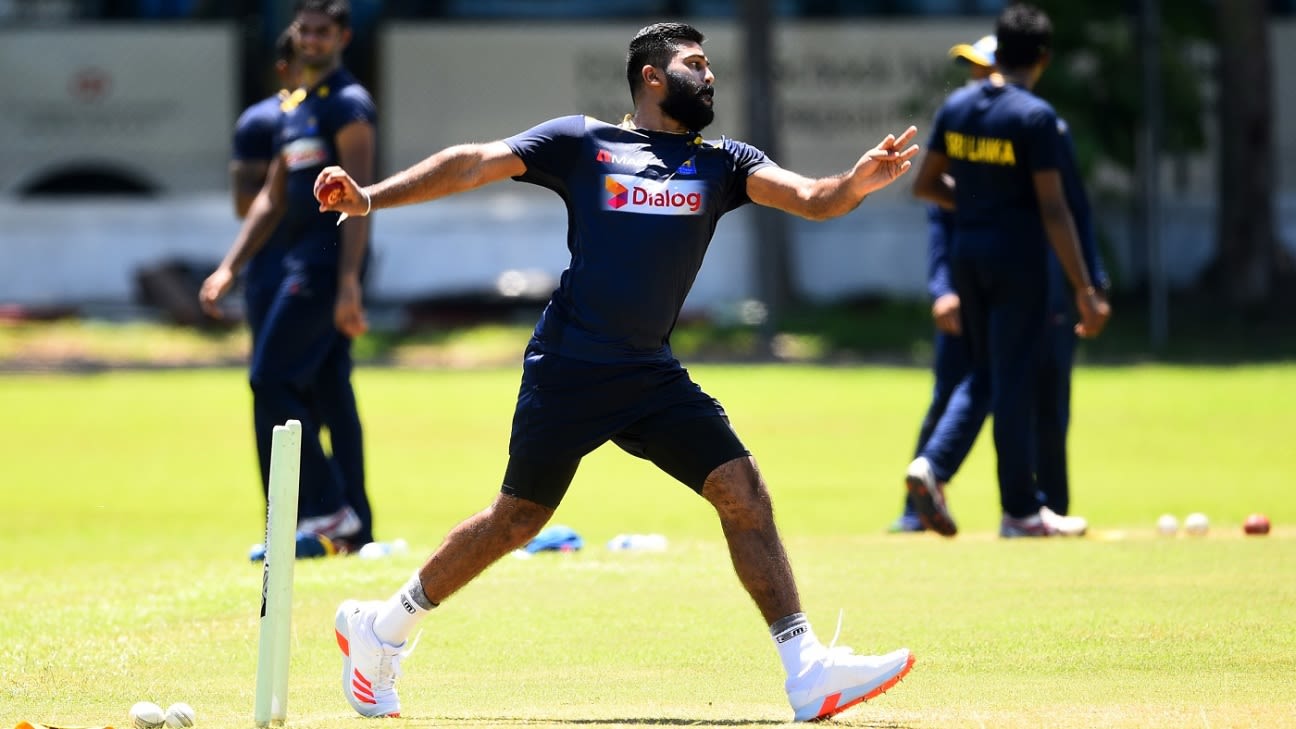 At face value, do Sri Lanka really have a chance? Let’s look at the facts against them:

And yet, when they won 2-0 in South Africa last year, Sri Lanka had faced even steeper odds, their fast bowling stocks having been decimated by injury, while a captain had just been sacked, and a coach was fearing for his job (which he would lose, several months later). This time, not only do they feel they have a stronger seam attack, but also have a batting group with more experience, and a coach who knows South African conditions intimately, in Mickey Arthur.

South Africa, however, are much more fearsome in the Highveld – where both Tests will be played – than they are on the coasts, particularly against South Asian opponents. They also have players in form. Anrich Nortje was rapid in the T20s against England, as well as in the IPL. This was in T20s, but the man is clearly in good rhythm, and the prospects of him hitting high speeds at Centurion will worry some Sri Lanka batsmen. The likes of Aiden Markram, Rassie van der Dussen and Keshav Maharaj are coming off excellent performances in the four-day competition (Markram has 75, 113, 149, 121 in his four most-recent innings), which is leads to another point – they have been playing long-form cricket, where Sri Lanka have not had competitive multi-day matches to play for at least five months.

South Africa clearly start as favourites, but as Sri Lanka’s captain Dimuth Karunaratne has asserted, a lot depends on how well each team bats after their long Test hiatus. There have been some seriously low team totals in each of the last four matches between these teams. If that is the case again, Sri Lanka will feel they have a chance.

These teams have played four times at Centurion, and South Africa have won each of those matches, two of them by an innings. The closest Sri Lanka have ever come, was when they lost by just three wickets, way back in 2002. The most-recent Centurion match between these teams was in 2011 – Sri Lanka losing by an innings and 81.

Quinton de Kock will captain South Africa in a Test for the first time, but already, he has said he sees himself only as a caretaker leader. He leads the team in all three formats now, and also keeps wickets in all three. The usual question here: how will captaining over five days impact his batting and his keeping? (His batting has been good of late – his average up at 45.9 since the start of 2019.) And will he lead well? De Kock is generally a cricketer of few words, but this new job may need him to find his voice.

Kusal Perera played one of the all-time great innings to wrench victory from defeat last year in Durban, but aside from this one blinding knock, there hasn’t been a lot to his Test career. Eighteen Tests in, he has an average of 31.13, which is passable only for an allrounder. And he has batted everywhere from No. 1 to No. 8, without appearing in more than eight innings in any one position. Despite his having produced Sri Lanka’s greatest-ever innings from No. 5 on the last tour here, his team now looks set to ask him to open the innings, to cover for the injured Oshada Fernando. If he is to find a more stable place in the XI, Perera desperately needs to settle into a more consistent phase in his career.

South Africa need to balance creating conditions that will suit their seamers, and making sure it’s not impossible for their batsmen to find form. So it will be green, but not too green, and we can expect pace, bounce and swing but not the kind that saw Sri Lanka crushed at the Wanderers in 2017. SuperSport Park is usually a bat- first pitch; if you can get through the first hour or so, it very good for batting on the most of the first three days. De Kock said he expects it to take some turn later on.

It’s been raining a fair bit on the Highveld in the build-up and afternoon thunderstorms are forecast from Sunday. Otherwise, it will be warm with temperatures touching 30.

It’s Oshada’s hamstring injury that will keep him out of the first Test, and him being unavailable means there may be a spot in the batting order for Dasun Shanaka, who not only brings dynamism to the lower middle order, but also can send down a few overs of serviceable seam bowling.

Sri Lanka are wondering whether to go in with an out-and-out spinner in Lasith Embuldeniya, or to hedge their bets and go with Wanindu Hasaranga, who adds value with his batting. There is one other serious injury worry too. Suranga Lakmal picked up a hamstring niggle in the approach to the match, and may need to be replaced, perhaps with Kasun Rajitha.

With Kagiso Rabada out through a groin injury, right-arm seam bowler Glenton Stuurman may get a debut. But that’s only if he gets over a niggle. An injury doubt also hangs over Lungi Ngidi. Lutho Sipamla and Migael Pretorius would seem to be the next in line to play, if Ngidi or Stuurman (or both) aren’t fit in time.

“There is a lot of grass on the surface at the moment, and I think the more there is, the easier it will be for us. When you have less of an up-and-down type pitch, you just have to survive that first couple of hours, and you give yourself a chance to put a decent score – something like 300 – on the board.”