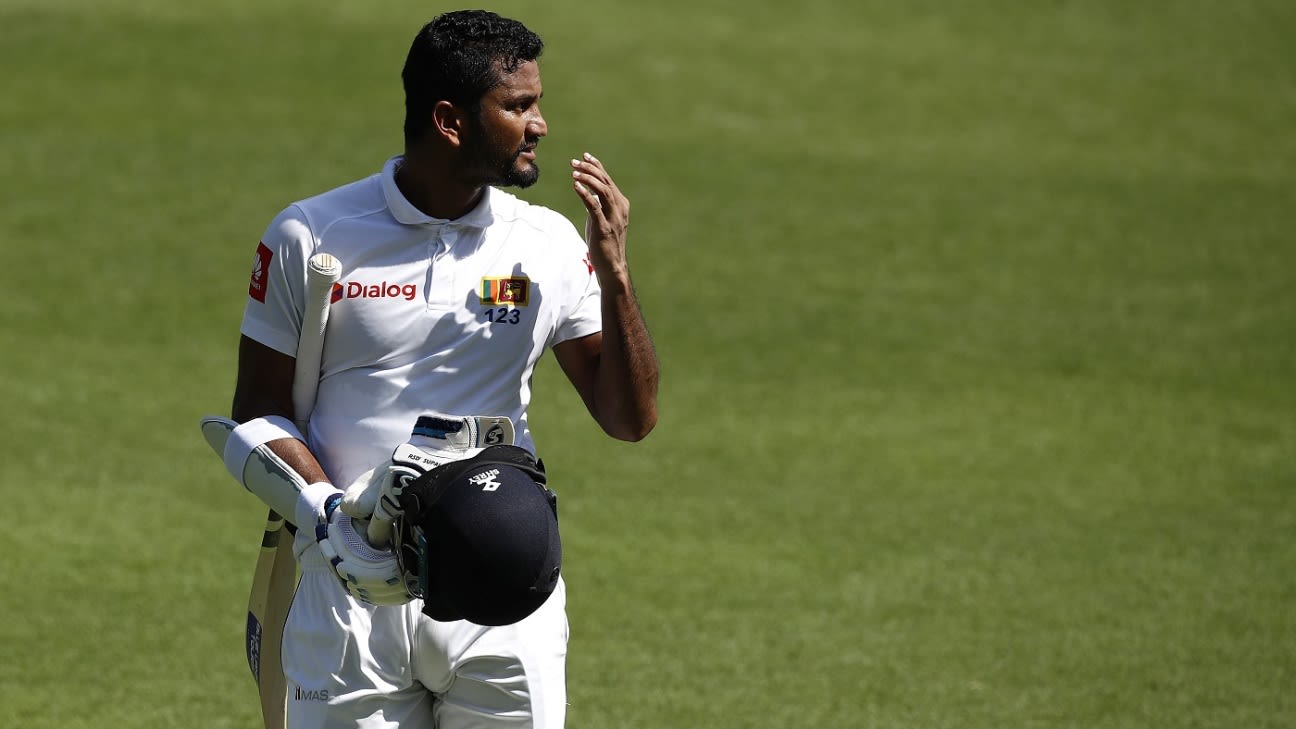 Captain acknowledges pressure of switching formats and conditions for his squad, and of no cricket for himself

Rare is the Sri Lankan captain that arrives on foreign soil with greater trust in his seam-bowling stocks than his batsmen. But two days out from the Boxing Day Test, that is the situation Dimuth Karunaratne felt he was in. For the first time in several years, Sri Lanka have an almost-complete set of quicks to choose from. There’s not a lot of experience there, but there is variety.

Lahiru Kumara perhaps has the greatest potential to change games in South Africa – his debut having been here in 2017. Both he and Dushmantha Chameera bowled at quicker than 145kph at times during the recent LPL. Sri Lanka also have left-arm swing bowler Vishwa Fernando and right-arm seamer Kasun Rajitha, both of whom contributed to Test victories in South Africa last year.

The only concern at present is about Suranga Lakmal, who is the leader of the seam attack and Sri Lanka’s most-consistent bowler. He’s picked up a niggle ahead of the first Test and is not sure to play. But even without him, Sri Lanka can field a good attack, Karunaratne said. If only the batting could come good.

“We’re going to need the fast bowlers at Centurion and Wanderers,” Karunaratne said. “Last time we came to South Africa we didn’t have many options – Lahiru Kumara and Dushmantha Chameera weren’t here. This time we do have that strength, and we will need it. If the opposition thinks that we don’t have a lot of pace or bounce in our team, that emboldens them to use their conditions even more against us. But on this tour, we have fast bowlers, and if you look at pace, we’re about equal. I think the batsmen will be the difference. Whoever is the better batting side has a good chance of winning the series.”

“Once we got here we realised how hard it will be. Anyway there is pressure when you play overseas, but personally I think the pressure is kind of doubled on me because I haven’t had that any match practice.”

The batting may be especially fragile in a year that has seen very little long-form cricket for many players. Sri Lanka did play their domestic first-class competition through the middle of the year, but that tournament wrapped up more than five months ago. Not that that was much personal use to Karunaratne anyway – an injury kept him out of the domestic tournament, and he has not had any competitive cricket since March. If Sri Lanka’s batsmen are to make an impact in South Africa, they are likely to need runs from their captain.

“I haven’t been able to play much at all this year, partly because I had an injury for part of it,” Karunaratne said. “I’m feeling a little nervous about playing again, but I’m sure everyone is. Starting in Centurion is a big challenge, and once we got here we realised how hard it will be. But we’ve trained hard and everyone’s put in a lot of effort to adapt. Anyway there is pressure when you play overseas, but personally I think the pressure is kind of doubled on me because I haven’t had that any match practice. But I think once I hit a few balls in the middle, I’ll be okay.”

Those who have had recent cricket, meanwhile, were playing T20s – the Lanka Premier League having concluded on December 16. Sri Lanka have had roughly a week in South Africa, and were not able to play a practice match there as they normally might, primarily because of the Covid-19 pandemic.

“As professionals we have to adjust to the change of formats,” Karunaratne said. “The one problem is that the pitches here are so different to those in Sri Lanka and we haven’t had much time to train. Our players do adapt quickly, but in any case we don’t have an option. With Covid, this is what we have to live with. I think we’ll be well-prepared on the 26th.”